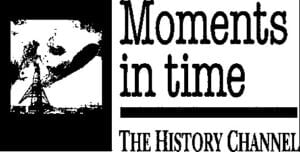 • On Feb. 14, 278 A.D., Valentine, a holy priest in Rome, is executed. Ruler Claudius the Cruel was having difficultly getting soldiers to join his military because of their strong attachment to their wives, and had banned marriages. Valentine continued to perform marriages in secret and was beheaded for it.

• On Feb. 10, 1846, Brigham Young leaves Nauvoo, Illinois, and begins leading 1,600 Mormons west across the frozen Mississippi to a temporary refuge at Sugar Grove, Iowa. It was their first stop in a westward migration that eventually brought 12,000 of them to the Great Salt Lake in Utah.

• On Feb. 12, 1912, Hsian- T’ung, the last emperor of China, is forced to abdicate. A provisional government was established, ending 267 years of Manchu rule in China and 2,000 years of imperial rule. The emperor was only 6 years old.

• On Feb. 13, 1920, The League of Nations, the international organization formed at the peace conference at Versailles in the wake of World War I, recognizes the perpetual neutrality of Switzerland.

• On Feb. 11, 1937, after a six-week sit-down strike by General Motors autoworkers in Flint, Michigan, GM president Alfred P. Sloan signs the first union contract in the history of the American auto industry.

• On Feb. 9, 1964, America meets the Beatles on “The Ed Sullivan Show,” with an estimated 73 million Americans watching as the group made its live U.S. television debut. When they sang “She Loves You,” the audience exploded in what was perhaps the most important 2 minutes and 16 seconds of music ever broadcast on American television.