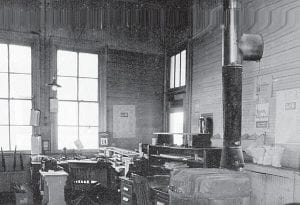 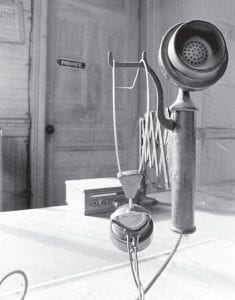 Mountain Eagle contributing editor Phil Primack has been organizing old photos and negatives he compiled during his days here in the Sixties and Seventies as a reporter and photographer. On Sunday, Primack came across a set of negatives that included shots of the old L&N Depot in Whitesburg, which were apparently taken in the days before the building closed and was later torn down. The photo at top shows the inside of the depot, while the photo at right shows the old radio equipment that was still being used to talk with engineers and others out on the rails. Primack is unable to identify the L&N agent who was manning the depot (along with the old radio system) when the photos were taken. If you can help solve the mystery of the identity of the L&N employee, please call 633-2252 or e-mail us at mtneagle@bellsouth.net. 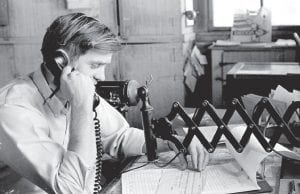