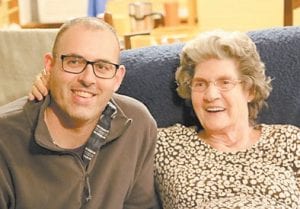 Of all the things the Letcher County Senior Citizens have been involved in since I became a member in March of 2017, the prom that took place June 20 at the Letcher County Extension Center was by far the most talked about and bragged about. I wish I had been able to go but Mom wasn’t up to it. Roger and Pat Miles were crowned the king and queen and it was a total shock to them both. Roger said they had even debated about whether or not to attend. The staff also had each one of us a yearbook with pictures of all members in our caps and gowns.

Mom and I did go to the rec center about 12 or so that day and saw lots of them dressed in their prom attire. They all looked so spiffy. I still heard some of them talking about it recently. Today was our first day back since June 29. I had another pancreatitis attack that day and had to stay in the hospital this time longer than my normal stays. I was released Tuesday morning. 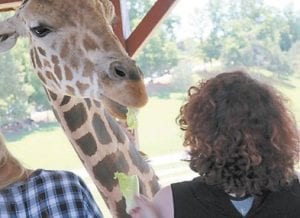 We are assuming it was caused by a Rapatha injection. One of the possible side effects of the statin drugs is pancreatitis. So, I was switched from that to Rapatha. I ask you all to please pray for me to never have to go through another attack like this last one. I am just now beginning to get some strength back.

One of our friends from the rec center, Earle David Bone, has had some terrible news. He has lung cancer and is now taking treatments three times a week. His buddy, Billy Hatton, said he really needs our prayers as it is also in his lymph nodes.

I talked to George McHone today at the rec center and his face was glowing like I have never seen it before. He told me he had just spent some time with his son, Greg and his wife. They are both in the service and he doesn’t get to see them very often. He said he had the time of his life. His daughter, Christie, brings him to the center almost everyday. She says he loves coming and talking with everybody. Another son, Donald McHone and his wife Robin Gibson McHone and their children, attend church with them at Millstone Missionary Baptist Church.

I saw on Facebook last week that one of the Marlowe girls Mom grew up with had a birthday. So, we want to wish Mildred Necessary Spence a belated happy birthday. She and her late husband, Jim Spence, made their home in Roanoke, Va. Mom also has a grandson, Philip Marshal Graves, who was born on the Fourth of July. Believe you me he has always been and will always be a big firecracker. He is stationed in South Dakota, but at this time is deployed.

Well, changing the subject, our garden is really starting to produce and we are already able to start putting away a lot of vegetables for the winter. The tomatoes are finally starting to multiply faster than what I can eat in one day. We had problems with the tomatoes the last time we planted them because some kind of critter would eat on them. They were staked so it wasn’t a turtle. But, our good friend, Faye Martin, told me to put mothballs around them and so far it has certainly worked. All the neighbors around us may not like it though, because I put out just about a whole box of mothballs. When you get out of your vehicle at Mom’s you can still smell them.

My husband and I had the best time with our grandchildren this past Saturday. We took them on a drive-through safari located in Natural Bridge, Va. It was by far the best trip we have ever taken with them. There were ostriches, emus, elk (bulls and cows), many different types of antelopes, Scotland cows, bison, Fallow deer, Axis deer, and others we weren’t familiar with.

As you drive through they would come to your windows for you to feed them. They let you pet them and some even would eat from your hands. My granddaughter, Drew Eden Hampton, is an animal lover like you wouldn’t believe. She was so excited the whole trip. My other granddaughter, Story Eliza Hampton, also had a blast petting the deer. There was also two aviaries. We only went to one and it had parakeets and other birds people keep for pets. You held up a popsicle stick with bird seed stuck to it and the birds would light right on it and just eat away. Some would hop off on your arm and on your head. Story liked this part the best. My favorite part was walking up on the platform to feed the giraffe. You talk about a beautiful animal, and gentle as it could be. We were looking into its eyes. Unbelievable. If you need more information it’s the Virginia Safari at Natural Bridge, Va. It will be one of my favorite memories with my grandchildren.

Please remember my Aunt Linda Joyce Hall in the Letcher Manor Nursing Home and all our people who have lost loved ones recently, especially our precious pastor, Bill Jones and his wife Sandy. July 3 was really hard for them as it makes two years since they lost their son, Bobby Jones.

Also, remember what Oma says, make sure you attend church somewhere this Sunday and I say if your church has services throughout the week or Sunday night God would want you there then, too.