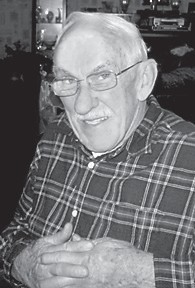 Funeral services for Dennis Adams, 86, of Waynesburg, will be held at 1 p.m., January 7, at Barnett, Demrow & Friend Funeral Home in Waynesbug. Military services will be held at the gravesite in Double Springs Cemetery with full military honors performed by the Caswell-Saufley Post #18 of the American Legion.

Born in Letcher County to the late Frazier C. and Melvina Gent Adams, he died January 4 at the VA Medical Center in Lexington.

In addition to his parents, he was preceded in death by two sons, Mike Adams and Dennis “Dink” Adams, and a grandson, Phillip Villasana.

He was a brother of the late Beryl Adams, Rudell Adams, Frazier C. Adams, Jr., Kenneth Adams, and Kermit Adams.

Mr. Adams was a U.S. Army veteran and serving during the Korean Conflict. He was a member of the Disabled American Veterans.