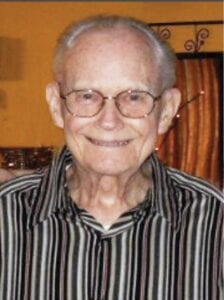 Larry Neil Conley, 84, died June 4. Born April 20, 1936 in Burdine to Edgar and Odie (Dotson) Conley, he was a 1959 graduate of the University of Akron and went on to have a diverse career path.

Larry worked at GMAC for 20 years. He and his wife Judy owned and operated the Woodman Drive location of Dunkin Donuts for 18 years, and following that, Larry made a career at Lowes as an electrical pro for 22 years.

Larry was a big fan of Kentucky basketball, rooting on the Wildcats every chance he got. Nothing brought him more joy than spending time with his family, especially his grandchildren and great-grandchild, all who will miss Larry deeply.