Mrs. Cantrell was known as a hard worker 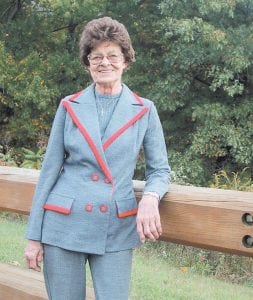 RUBY CANTRELL was born in McRoberts in 1934.

Funeral services for Ruby Beauparlant Cantrell, 79, of Dunham, will be held at noon Thursday at the Hylton Freewill Baptist Church near Shelby Gap in Pike County. Visitation at the church continues Wednesday night at 7.

Mrs. Cantrell died at her home Sunday after a short illness. Born in McRoberts on June 20, 1934 to the late Isaac Helton and Della Puckett Helton, she was the widow of Houston Cantrell.

Mrs. Cantrell lived in Dunham as a child before her family moved to Shelby Gap.

She worked many years as a custodian in Jenkins, most memorably for Dr. T. M. Perry, Continental Telephone Company, FMC Mining Company, the Bank of Whitesburg, Kentucky Power Company, and WREM radio station. She worked as a sales clerk in Jenkins for Western Auto, Dollar General Store, and Wright’s Market.

Mrs. Cantrell also did custodial work for the law offices of Sam Paul Chandler and the firm Polly, Craft, Asher and Smallwood. She also cleaned many private homes.

In the 1970s, Mrs. Cantrell and her first husband, the late Marcus Beauparlant, owned and operated Jenkins Restaurant. She loved local politics and once ran for election to the Jenkins City Council.

While Mrs. Cantrell loved to go fishing, growing and arranging flowers were her passion. She was an avid collector of dolls and loved traveling with her sisters to Fan Fair in Nashville, Tenn.

Full of laughter and a lover of practical jokes, Mrs. Cantrell never met a stranger and was always willing to help anyone in need. She wasn’t afraid to try new things. Just a couple of summers ago, she took her first motorcycle ride. Spring and summer were her favorite seasons.

Despite a lifelong fear of water, Mrs. Cantrell always found the courage to get in the swimming pool with her children.

In her later years, she could often be found taking care of the elderly.

A dedicated and loyal reader of The Mountain Eagle, Mrs. Cantrell was a frequent caller to The Eagle’s offices to make sure staff members were aware of breaking news events in the Jenkins area.