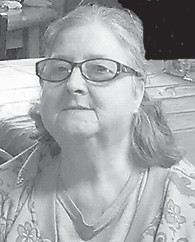 The daughter of the late Herman and Thelma Craft Hall Smith, she was the widow of Lane Deaton Jr.