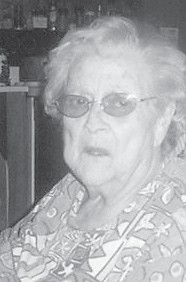 A daughter of the late John and Mandy Couch Hendrix, she was the widow of Archie Holbrook.

Funeral services for Mrs. Holbrook were held February 4 at Letcher Funeral Home in Whitesburg. Burial was in the Holbrook Cemetery at Ermine.