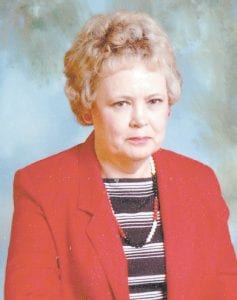 She died January 20 after a long illness.

A native of Perry County, she was a teacher for more than 30 years, much of it in the Hardin County Schools system at Vine Grove Elementary.

She was preceded in death by her husband, Denzil Whitaker; her parents, Dewey and Zola Huff Adams; and a brother Murrell Ison.