Mrs. Wilson dies at 55; her life will be celebrated on Saturday 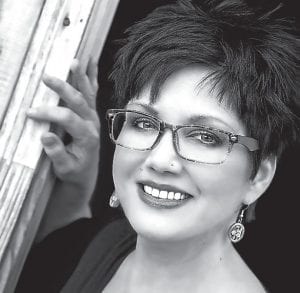 Jennifer Molley Wilson won many awards for her work. She owned and operated the Graphic Bliss advertising agency in Bristol, Tennessee.

Mrs. Wilson was an employee of Kentucky Office of Rural Health and the University of Kentucky, and had designed brochures and fundraising materials for United Ways of Bristol, Tenn./Va. and Johnson City, Tenn. She was instrumental in the founding of the Bristol Rhythm and Roots music festival and modeled for the first R&R poster, posed walking down the railroad tracks with guitar on her back.

A celebration of Mrs. Wilson’s life will be held at the Appalshop Theater in Whitesburg on February 3 at 1:30 p.m. The family suggests those who wish make expressions of sympathy to either the Letcher County Culture Hub or Kentucky River Regional Animal Shelter. Culture Hub contributions can be made online at www.letcherculture.org/contribute or to Appalshop, 91 Madison Avenue, Whitesburg, KY 41858 with “Letcher County Culture Hub” designated in the donation. Contributions to Kentucky River Regional Animal Shelter should be in care of Teresa Singleton, P.O. Box 325, Hazard KY 41702.