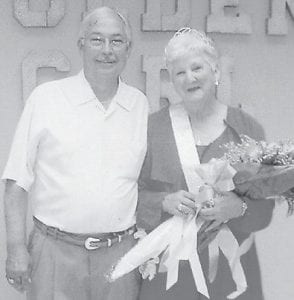 Louise Newman of Millstone, was named Ms. Golden Girl 2009 at a pageant held May 16, where she also won the casual wear category. She won the title by raising the most money for the American Cancer Society. The contestants competed in talent, Ms. Congeniality, casual wear and most photogenic categories. She is pictured above with Whitesburg Mayor James Wiley Craft. Below, she is pictured playing the washboard in the talent portion of the pageant with Shawn Newman (left) and Pam Combs (right) on spoons. 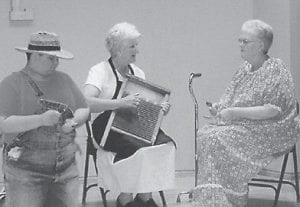