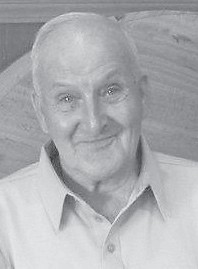 Born March 3, 1936 in Jenkins where he has lived most of his life and still resides.

He is the son of Hubert and Gertrude Mullins who were also from Jenkins and he is the oldest of eleven children.

He married the love of his life, Violet Mullins, 54 years ago on August 5, 1961 in Clintwood, Va. Together they have six children (five girls and one boy): Debbie and Boyd Davis, and Roxie and Gary Rose, all of Jenkins; Richard and Andrea Mullins of Mayking, Joyce Stephens of Berea, Rita and Bobby Balthis, and Jackie and Kevin Austin, all of Cromona; twelve grandchildren, and three greatgrandchildren, soon to be four in April.

He worked as a coal miner from the time he was eighteen years old and continued working as a miner to provide for his family. He was employed by CONSOL Coal Company and Bethlehem Steel Coal Company for most of his coalmining career.

Today he is retired and enjoys beekeeping, gardening, digging ginseng and being a grandpa. Being a beekeeper is his passion, he truly enjoys it and selling honey. He never slows down and turning 80 will not be any different, it’s like he is still 35 years old.