Mullins retiring as chief, but staying a firefighter 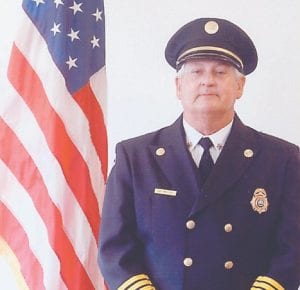 Gary Mullins has spent nearly half a century fighting fires in the city of Whitesburg. He will retire as chief of the Whitesburg Fire Department at the end of the month.

Mullins will continue to volunteer at the department, but will no longer be a paid employee.

Mullins began his career as a teenager, going on fire calls with his father, who was then a firefighter with the Veterans of Foreign Wars Fire Department. He joined the Whitesburg Fire Department as a volunteer when he turned 18. Mullins was an engineer at the department, often driving the city’s Snorkel to fires in the surrounding areas for mutual aid. He was named an honorary Citizen of Hazard for Valiant Service in 1979 for his role in assisting the Whitesburg Fire Department in fighting a fire in downtown Hazard. The Whitesburg department was credited with saving the neighboring city’s downtown.

Chief Philmore Bowen appointed Mullins a volunteer assistant chief, a role he continued under Chief Roy Benge and Chief Truman Thompson. Mullins served under five mayors, and served as a city councilman until 2007, when he resigned to take a position as the paid assistant chief. Mullins became chief July 1, 2009, when Thompson retired.

The city’s fire insurance rating dropped from five to three during Mullins’s tenure. In addition to Whitesburg fire chief, Mullins has served on the regional Hazardous Materials team, and on Pine Mountain Search and Rescue.