Murder trial is postponed after witness dies in wreck 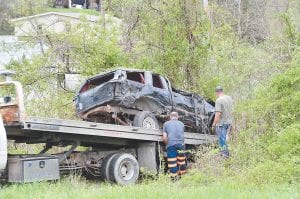 SCENE OF FATAL WRECK — Workers are seen loading the 1994 Ford Explorer that was being driven by 28-year-old Larry C. Stidham when it crashed near the Payne Gap entrance to Bottom Fork early Sunday morning. Stidham had been expected to testify in the trial of James Huffman IV, but the case was ordered postponed by Special Letcher Circuit Judge Kent Hendrickson. (Photo by Chris Anderson)

The murder trial of James Richard Huffman IV, accused in the New Year 2014 stabbing death of Michael Hogg of Kingscreek, was delayed again this week after a witness scheduled to testify in the trial died in a car crash on Sunday.

The trial had been set to begin with jury selection Monday. When court convened, however, Special Letcher Circuit Judge Kent Hendrikson told those in the courtroom that the case would be continued because of an “incident over the weekend that, I’m not going to go into details, that … affected two witnesses, one prosecution witness and one defense witness, and it is such that we’re going to have to have a continuance. We can’t move on at this point.”

While Hendrickson did not elaborate, he was apparently referring to a fatal collision on Easter Sunday, in which Larry C. Stidham, 28, of Jenkins was killed. Stidham was listed as a witness for the defense in the murder trial. Samantha Mullins, who has a child with Stidham, is a witness for the prosecution. 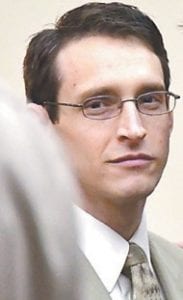 The trial of James Huffman IV has been delayed.

Stidham’s body was found after Kentucky State Police Post 13 received a call at around 10:45 a.m. Sunday from a citizen who said a vehicle had damaged the yard of a home on U.S. 119 near the entrance to Bottom Fork at Payne Gap, Trooper Jody Sims said.

When Trooper Branden Watts arrived at the scene, he discovered an SUV in the North Fork of the Kentucky River, but saw no one around it. When Watts walked down to the vehicle to investigate, he found a man trapped under the SUV. Stidham was a pronounced dead at the scene.

State police said there were no witnesses, but the preliminary investigation indicates Stidham was driving north on US 119 when his 1994 Ford Explorer hit a guardrail, a fence, and a utility pole and rolled. The vehicle continued over an embankment and stopped against several trees. Stidham was thrown from the vehicle during the crash.

KSP said Stidham was not wearing a seat belt when he wrecked. Toxicology results are pending. 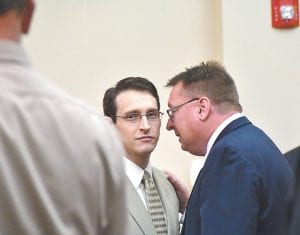 Mullins was with Hogg and two others on the night of the murder, and attempted to drive him to the hospital after the stabbing, according to police. She was unable to reach the hospital because all four tires of her vehicle had been slashed. She hid the car beside the Letcher County Recreation Center and called 9-1-1.

Surviving other than his parents are a son, Silas Gray Stidham; five brothers, Chris Stidham of Jenkins, Christopher Wood of Georgia, Justin Francise of Georgia, Carl Webb of Whitesburg, and Trenton Dixon of Hallie; two sisters, Jessica Webb of Whitesburg and Leann Chambers of Georgia; and a nephew, Keilan Shayde Stidham.