My most embarrassing moment 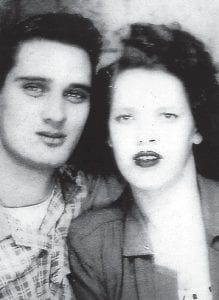 ELVIS LOOKALIKE — Everett Vanover and Estelle Mullins are pictured shortly before they were married in Jenkins. He was 17 years old.

In my early years, a lot of folks said I looked a lot like Elvis Presley, including my wife and kids.

Elvis landed at Travis Air Force Base, Calif., three times to visit his girlfriend, Priscilla, who went to high school on base with my daughter, Donna Kay. Her stepfather lived next door to me.

In the late ‘60s while I was assigned to Germany, I was picked to go on tour with the inspector general’s team to England to inspect our eight air bases there. We would be gone three days. It poured the rain every day we were there.

There were 19 airmen on our team, and one night they took me to a large nightclub in London. My first.

Some of these men had seen our family album, and always told people that a couple of photos of me looked like Elvis. After my guys had a few drinks, they told some ladies at a nearby table that Elvis was sitting at their table. 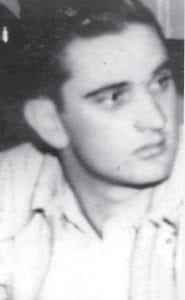 Everett Vanover is pictured at the noncommissioned officers club at Lackland Field, Tex., when he was 19 years old.

All females in England were crazy about Elvis, and here they came to my table. I was not drinking and they scared this old boy.

After we got back to Germany, they told everyone who would listen what had happed in England.

My boss thought it was very funny, and my 155 printers who worked in our field printing department, laughed their heads off.