NASCAR has few answers for issues as season nears 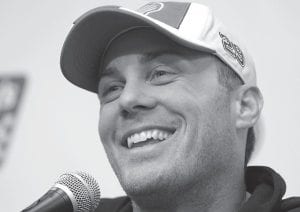 NASCAR entered its brief off- season with several nagging problems, intending to fix as many as possible.

What top series officials emerged with is a new scoring format that simplifies the convoluted points system used since 1975. Left unchanged are sagging television ratings, alarming attendance drops and apathy from new and old fans alike.

After 2010 produced one of the most competitive and dramatic seasons in memory, it was competition issues — the new points system, a tweak to the Chase for the Sprint Cup championship — and not the overarching threats to the sport’s success that NASCAR chairman Brian France addressed last month in his 2011 preview.

“Look, we’re very satisfied with the most important thing: the level of competition,” France said. “It’s easy to pull out one thing or another. We’re 63 years old; every sport is going to have periods where, for lots of reasons, you’re in a peak or a valley.

“But over the long-term, we’re very confident that … we’re setting ourselves up to work through any issues that we have, take the sport in a smart direction over many, many years and make sure the business models for all of the NASCAR community work properly.”

“I don’t believe (the points change is) a huge strategy to engage the fans more from an attendance standpoint or a viewership standpoint,” Johnson said when asked what effect the new points system will have. “I think, in my opinion, there are other areas to focus on for that.”

Those other areas — rising costs, a difficult sponsorship market, fading stars, failure to entice the coveted 18-to-34 demographic and overall fan malaise — remain status quo as NASCAR heads into a new season. The unofficial kickoff is this week when Daytona International Speedway opens in preparation of Saturday night’s exhibition Budweiser Shootout.

The season-opening Daytona 500 — NASCAR’s version of the