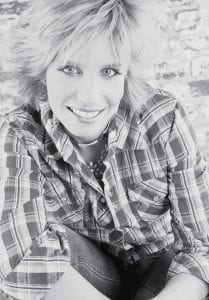 Country music newcomer Kate Sansing will perform at River Park in Whitesburg Saturday night just before one of the genre’s stars, T.G. Sheppard, takes the stage.

Nashville recording artist Kate Sansing is scheduled to perform a free concert Saturday night (August 18) at 8:30 at Riverside Park in Whitesburg, next to the Whitesburg hospital.

Sansing is opening for country star T.G. Sheppard during the Riverfest celebration, being sponsored by Jenkins Festival Committee Inc. and Coca-Cola.

Sansing is described as a fiery singer who made her way to Nashville with a mountain of talent, a dream and a plan. Her music is described as straightforward, danceable, honky tonk tunes that are fun, sassy, and honest, with a whole lot of country and a little bit blues and western swing.

Sansing said she is excited about performing in Whitesburg, a part of the country she has never seen, but always wanted to visit.

“I have heard about the beautiful mountains in the coal mining communities of eastern Kentucky and I cannot wait to see it,” said Sansing. “‘Coal Miner’s Daughter’ was my favorite movie growing up. We had a Beta version of it as a child and watched it over and over. When DVDs came out, the first DVD I ever received was ‘Coal Miner’s Daughter.’ My sister got it for me for Christmas.”

Sansing moved to Tennessee six years ago from Colorado. She said she was influenced by country music from her father, a native of East Texas.

“I really got into Texas swing music while attending the University of Texas in Austin,” she said.

But country music and western swing are not the only types of music that influence Sansing. She said she has always loved bluegrass.

“When I hear the music, I associate it with the peace and tranquility of the mountains,” said Sansing. “I love taking trips to the Smoky Mountains and staying at these little bed and breakfasts. They always have bluegrass music playing on the porch and it is such a great escape from the world.”

Sansing said that since this is her first time playing in eastern Kentucky, she will add a “surprise” bluegrass song to her show. The local bluegrass band East Kentucky Tyme will perform the song with her, she said.

“East Kentucky Tyme agreed to back me on one song,” Sansing said. “I am excited to be able to perform this song with them.”

“She’s adapted her show to area,” said Kevin Flint, owner of Kevin Flint Productions and the festival production manager. “She added songs exclusively for this performanc,e including a song by Loretta Lynn and a tribute song to coal miners. Kate will always go the extra mile for a performance and to make it special.”

Flint said Sansing has a lot of talent and the business sense to make it in the country music industry.

“I met Kate when she first moved to Nashville and could immediately see her talent and brilliance,” he said. “I knew from the first time I talked to her and listened to her demo that she had what it takes to make it. I am always amazed at how Kate is able to do things that most up-andcoming artists could only dream of – like attracting sponsors, playing major private shows and being a moderator at large music industry events.”

Sansing’s debut album can be purchased locally at Tan-ARama & Gifts in Jenkins, Hometown Music in Whitesburg, and on Internet sites such as amazon.com. She will also have her albums available at the festival in Whitsburg on Saturday.

More information on the three-day festival, Kate Sansing, or East Kentucky Tyme is available on the Internet at www.Jenkinsdays.com.