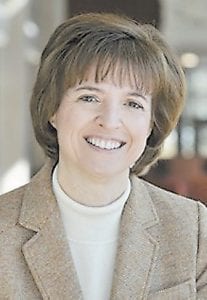 “Dr. Banks has been a thoughtful and determined champion for engineering throughout her distinguished career,” said Phil Adams, chairman of the Texas A&M University System Board of Regents. “This high honor is well deserved and we are grateful for her leadership in one of America’s top engineering programs.”

Members are elected to NAE membership by current NAE members. Members have distinguished themselves in academic and technical positions as university faculty, leaders in government and private engineering organizations. Of more than one million engineers in the United States, only about 65 are elected to the academy annually and only half of these are from academic institutions. For its 2014 membership, the NAE has elected 67 new members and 11 foreign associates, as announced NAE President C.D. (Dan) Mote, Jr. This brings the total U.S. membership to 2,250 and the number of foreign associates to 214.

“ Election to the NAE is the highest honor an engineer can receive and indicates recognition by the leaders in the field of significant, society- impacting contributions to the profession,” said John Sharp, chancellor of The Texas A&M University System. “We are tremendously proud of her for this prestigious honor and are pleased of our affiliation through her leadership of one of the largest engineering enterprises in the nation and a cornerstone of the A&M System.”

Banks becomes the eighth faculty member in the NAE at Texas A&M and the first to be named while serving as the chief executive of the engineering program.

“Election of Dr. Banks to the academy is a singular honor, particularly at such an early stage in her career,” said Dr. B. Don Russell, NAE member and chair of the Texas A&M distinguished professors. “Dr. Banks is being recognized for seminal technical contributions, but also for exceptional leadership and innovation in engineering education. Our profession will hear a great deal from Dr. Banks in the future and we welcome her to the academy.”

Banks’s election citation is for contributions to phytoremediation of petroleum contamination and for leadership in engineering education.

Through engineering design, plant biology and environmental chemistry, Banks’s research led to the development of a new, lowcost treatment approach for removal of petroleum contamination from soil without significant site disturbance.

As vice chancellor and dean of Texas A&M Engineering, Banks has garnered national attention for an unprecedented controlled growth plan to expand enrollment to 25,000 engineering students by 2025. Known as “25 by 25”, the initiative seeks to transform engineering education through innovative instructional methods while enhancing top-ranked research programs and to do so in a cost-effective manner.

Banks has served as principal investigator for multidisciplinary research grants and received funding from the National Science Foundation, Environmental Protection Agency, U.S. Departments of Defense and Energy and NASA, as well as industry and state government. She served as director of the EPA Midwest Hazardous Substance Research Center, as associate director of the NASA Center for Advanced Life Support and as co-director of the 21st Century Center for Phytoremediation Research.

In addition to her administrative role, Banks currently is a professor of civil engineering at Texas A&M and previously served on the faculty at Purdue University and Kansas State University.