NBC to have 14 new shows on next season 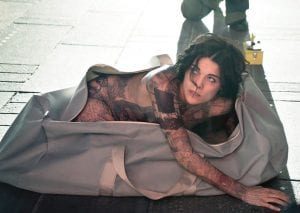 This photo provided by NBC shows Jaimie Alexander as Jane Doe in a scene from NBC’s new series, “Blindspot.” (NBC via AP)

NBC is turning to some proven players for next year’s schedule, resurrecting its “Heroes” franchise, bringing back Craig T. Nelson as “Coach” and turning to veteran producer Dick Wolf for a medical drama based in Chicago.

The network is also trying the interesting experiment of airing the sitcom “Undateable” live each week. It’s NBC’s only returning comedy. Favorites “The Voice” and “The Blacklist” will be back in the same time slots.

NBC on this week became the first of the major broadcast networks to release their schedule for next season.

NBC also promised a TV movie based on Dolly Parton’s life and a miniseries, “The Reaper,” about an African-American sniper credited with 33 kills in a 10-day deployment in Afghanistan.

Fourteen new series, including six comedies, seven dramas and one variety show. Given the year-round nature of TV schedules now, only six will begin with the traditional September start to a new season. Here’s a closer look at the new series given the go-ahead:

“ BLINDSPOT” — A drama from executive producer Greg Berlanti about a mysterious woman found naked and completely covered in tattoos in Times Square, with no memory of who she is. The tattoos provide clues to her identity. Series was given a coveted time slot after “The Voice” on Mondays this fall.

“THE PLAYER” — A thriller from the team behind “The Blacklist” about a former military operative turned security expert in Las Vegas, starring Wesley Snipes. On Thursday night’s schedule in the fall.

“HEROES REBORN” — An extension of the supernatural drama “Heroes” with the show’s original creator, Tim Kring, and a new cast. On Thursday night’s schedule in the fall.

“HEARTBREAKER” — A medical drama, starring Melissa George of “The Slap,” about the life of a woman who is one of the world’s best heart transplant surgeons. On Tuesday night’s schedule in the fall.

“ BEST TIME EVER WITH NEIL PATRICK HARRIS” — The versatile actor-singer leads his own variety series with stunts, skits and musical numbers. It’s based on the British series “Ant & Dec’s Saturday Night Takeaway.” Tuesday nights on the fall schedule through November.

“COACH” — A sitcom that brings Craig T. Nelson back to the character he played on ABC from 1989 to 1997. Football coach Hayden Fox is retired now, but springs back into action to help his son, who was hired as a coach at an Ivy League university that knows little about sports. For midseason.

“SHADES OF BLUE” — Jennifer Lopez stars as a New York detective and single mom forced to make a difficult choice when the FBI calls on her to inform on dirty cops she counts as friends. For midseason.

“CROWDED” — Sean Hayes produces this comedy about a couple whose empty nest becomes full again when two grown daughters and the husband’s parents move in. For midseason.

“HOT & BOTHERED” — Eva Longoria stars and produces this series about backstage life at a Latino soap opera. For midseason.

“SUPERSTORE” — A workplace comedy about employees at a megastore, starring America Ferrara of “Ugly Betty.” For midseason.

“ YOU, ME AND THE END OF THE WORLD” — A one-hour comic drama about what happens when news comes out that the Earth is on a collision course with a comet. Rob Lowe, Jenna Fischer of “The Office” and Megan Mullally of “Will & Grace” are all featured. For midseason.

“CHICAGO MED” — Oliver Platt and S. Epatha Merkerson are among the ensemble in this drama about life at a Chicago hospital. It’s produced by Dick Wolf, who has made the “Law & Order” franchise, “Chicago Fire” and “Chicago P.D.” for NBC. For midseason.

“GAME OF SILENCE” — A drama about a successful Atlanta lawyer whose long-lost childhood friends reappear with a dark secret. For midseason.