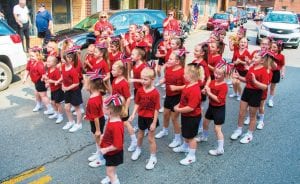 Longtime organizers of the Neon Area Days festival have been saying the one held on Saturday, September 14, 2019 might be the town’s last unless younger members of the community can be persuaded to help out. If that’s the case, then Saturday’s parade will be a high note on which to end, as warm sunshine brought a large number of viewers and participants. (All photos by Chris Anderson) 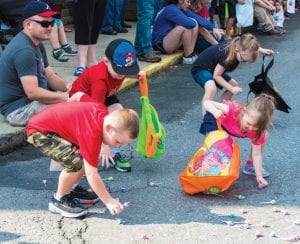 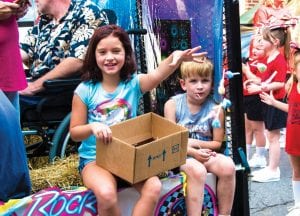 AJ Brown smiles as she tosses candy from a float riding through the Neon Days parade. 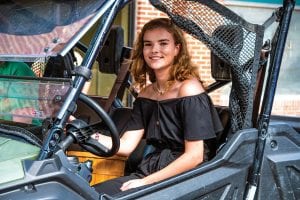