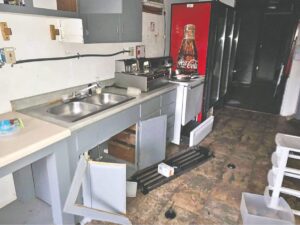 The Fleming-Neon Little League has been targeted by burglars for the second time in a year. Thieves stole equipment and caused damage to the park’s gates and concession building. According to league officials, the concession building’s door was forced open and several pieces of food service equipment were taken, including the league’s pizza warmer and its new popcorn maker, and other equipment was damaged.

Those responsible also caused damage to areas of the fence surrounding the park’s baseball field. Officials aren’t sure when the break-in occurred. Anyone with information is asked to contact the Letcher County Sheriff’s Office, which is investigating. (Photos by Chris Anderson) 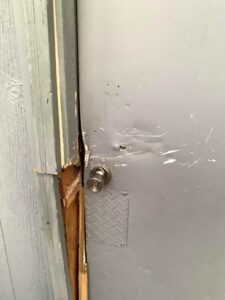 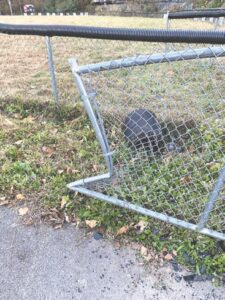