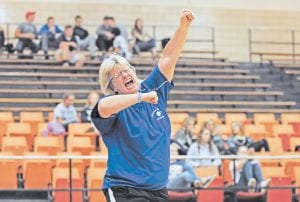 The Letcher County Central Cougars have won the 14th Region volleyball championship and will advance to play in the KHSAA State Volleyball Tournament later this week in Louisville.

The Cougars defeated Hazard 25-22, 25-23 and 25-10 to cap off a dominant performance in the regional meet. Top performers for LCC were Kim Meade with two kills and three digs; Kelly Adams with 17 kills; Britany Day with six kills and two block; Montana Sexton with 12 kills, four blocks and five tips, and Brooke Niece with one kill and three digs. 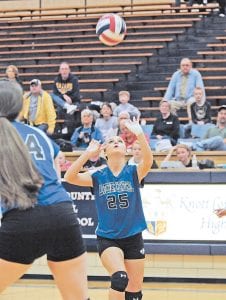 The survivor of the LCC vs. Mc- Cracken game will advance to play the winner of a match between two private Catholic schools, Region 9’s Notre Dame (28-5) and Region 7’s Sacred Heart (27-12) on Saturday.