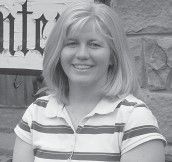 Betty Noble-Acevado has been named the new women’s coach for the Alice Lloyd College Lady Eagles.

The 37-year-old Whitesburg native played her prep career for coach John High at Whitesburg High School from 1986-90. After high school, she signed with Alice Lloyd, located in Pippa Passes, where she was a four-year starter for the Lady Eagles from 1990-94.

She is considered one of the best point guards to wear the Lady Eagle blue and white. She helped lead ALC to over 20 wins each of her last two years, and ALC finished as conference tournament runner-up both seasons.

In introducing the new coach, Director of Athletics Gary D. Stepp spoke of her passion for the game. “As a player, Betty played with an unbelievable amount of determination and grit. She was a true competitor and she absolutely hated to lose. The word that best describes her is ‘winner.’ As a point guard she was a true coach on the floor, and we felt she had the knowledge to one day be an excellent coach. When we discovered that she had a serious interest in returning to ALC, we felt that she would be an wonderful fit, and we are very happy to have her back on campus.”

“It is an honor and a privilege to be the head women’s coach at Alice Lloyd” said Noble-Acevedo. “I felt like I had a chance to return home. It was a great opportunity that I couldn’t pass up.”

Noble-Acevado is married to Luis Acevado. They have two children, Antonio, 13, and Angelina, 3.