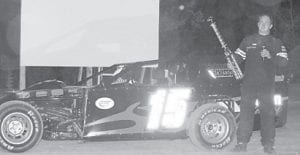 Last weekend, the first race was held at a new dirt track in Letcher County. The Lucky 7 Speedway is named for the late Lucky Banks, owner of the land on which the track is located on Highway 7

The track owners are operators are Josh and Amy Baker, and Barry and Stephanie Profitt, who say their main focus is to provide more family entertainment for Letcher and surrounding counties. All kids 12 and under are admitted free, and owners say there’ll be no tolerance for fighting, profanity, or alcohol.

and get their food stamps. They buy their motorcycles and their motorcycle insurance and they act like big, tough men. Big, tough men get out and work and provide for their families, not taking money from me. I’ve got to work all summer long, six days a week, while they are out having fun on my money. I’m tired of it. I’m even paying for their tobacco products too and their medical.

(While you’re certainly
right to be angry at BP the
corporation for its behavior
in the Gulf of Mexico, how
would you feel if the boycott
you advocate ended up costing

a friend or neighbor their
job?)

To Mamaw: Please borrow me a thousand dollars, too. You said your prize grandson won’t pay it back anyway. Oh wait, that is your only grandchild. The rest of us don’t matter. And please stop telling everyone that you don’t have food to eat. If you can borrow him a thousand dollars and not get paid back, you should do without food. How many more banknotes are you going to pay for him? He isn’t even your child. Let his mom pay for it. Don’t starve because of him. I hope how quickly he goes back to jail. 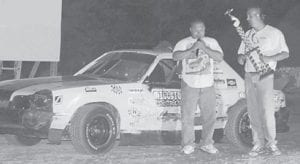 You can tell me how to make my church grow, then why doesn’t your church grow? You are a big man with much power in the churches. Why can’t you help them who obey your command? You should look at yourself as well as others. You never ask anyone to vote for you, why should you chose the same to count the votes? Your best friend for several years.

The Mexican drug banditos shoot at others. We are destroying ourselves with drugs, dirty water, dirty turned out to watch the races on Saturday, with another 200 in the pits. Races will be held every Saturday night. Gates open at 4 p.m. and races begin at 7 p.m. 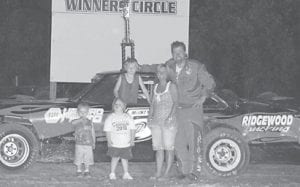 air, and chemical additives. What’s wrong with this picture?

This is in response to the person who called foreign doctors ‘dog doctors’: To say that foreign-born doctors are not qualified to practice in this country is simply wrong. The tests foreign-born doctors must undertake when immigrating and practicing in this country are strenuous and difficult. However, the doctors who have passed these tests are the same ones who have made ARH and MCHC the facilities that they are today. Hal Rogers’s own praise for the ARH system is due in part to their work and their contributions to the people of southeastern Kentucky. I’m not sure why your particular doctor could not give you answers after your test. Perhaps medical science could not explain your condition. But to discount them because they come from another country is not only and simply wrong, it is xenophobic, racist, and prejudiced.

After watching the Letcher County Government Channel, I see why Kenny Anderson lost to Archie Banks in the District 2 magistrate race. Hopefully, he doesn’t think our voting system and Winston Meade’s office are that incompetent. All I can say is, hopefully he doesn’t run again. Anyone who saw how his father and he acted will certainly see what we would be getting. Kenny, don’t waste your money on another bid for magistrate, you will get humiliated, and there will be no cause for a recount. You’ll lose by 1,000 votes.

If anyone has seen a solid white cat with blonde ears and blonde-like stripes on his tail, blue eyes — almost a full-grown male cat, please reply in next week’s paper. His name is MJ and he may be in the Burdine or Jenkins area. If anyone has any information, please respond. I would really love to find him. Thanks.