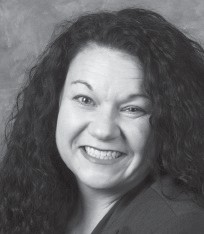 As the other members of the General Assembly and I return to the Capitol this week, we face, as we always do each legislative session, decisions on which of hundreds of bills should become law. There are several I have sponsored or co-sponsored that I strongly believe should be on that short list.

I was proud to highlight one of those last week during a press conference with Attorney General Andy Beshear. Like me and my fellow co-sponsor and legislative neighbor Chris Harris, Attorney General Beshear believes it is absolutely important that the Public Service Commission (PSC) have greater leeway when considering proposed utility hikes.

For our corner of Kentucky, electricity costs have been far too high for far too long. There are many families who have struggled to keep the lights and heat on, especially during the recent, and extremely dangerous, cold snap. We are being forced to pay higher rates for matters beyond our control, and the PSC and the Attorney General’s office are our best line of defense to fight against that.

If approved, House Bill 16 would make it possible for PSC to take affordability into account when deciding whether to approve, reject or modify a utility’s proposed rate increase. This additional factor would be added to the others PSC already reviews before making a final determination.

As I said during the press conference, our economic survival hinges on making sure these utility companies understand that wages in eastern Kentucky have increased just 14 percent over the past 11 years while utility bills have jumped 44 percent during the same timeframe. We’re already paying way more than our fair share.

It is a cruel irony that our region, which has done so much over the past century to power this country, is now dealing with this type of situation. I want to thank Attorney General Beshear, Rep. Harris and many of my fellow House members for their work in trying to help us fight back.

There were several other bills highlighted during last week’s press conference that are also important and that I would like to see approved as well.

One, for example, would establish a permanent fund for any court settlements and fines the state receives as a result of the Attorney General’s work to go after rogue pharmaceutical companies that have flooded the state with pain medicine. This bill would ensure that this money is then used to increase drug-prevention efforts and to strengthen treatment and law enforcement.

A related piece of legislation would go after shady drug-treatment centers that are similar to previous “pill mill” pain clinics that used to dot Kentucky. We need to make sure the good programs thrive while bad actors are removed.

Other bills with ties to the Attorney General’s office would make it possible to empanel a statewide grand jury to handle cases that extend beyond a prosecutor’s jurisdiction and to have those with a commercial driver’s license be trained on how to spot human trafficking. So many of these cases invariably intersect at places like truck stops, so having more people trained to spot this illegal activity would help us crack down on this crime even further.

There are two other bills of mine that are I hope to see pass this year. The first would scale back a portion of last year’s punitive workers’ comp law that was unfairly tough on coal miners suffering from black lung.

Last year’s law severely limits the number of doctors certified to diagnose this disease, which means many miners are missing out on benefits they deserve. My bill would allow other trained physicians like radiologists to again be involved, making it easier for those affected to get a medical diagnosis — and their workers’ comp benefits — much sooner. That’s especially important given that our part of Appalachia has seen a recent spike in these cases.

My other bill would make sure that the KentuckyWired broadband Internet project is truly accessible for its users. This project, which was initially approved during Governor Beshear’s administration, is bringing faster Internet across the state, with eastern Kentucky being one of the first regions to benefit.

My goal is to make sure that all content on this network, which is partially funded by the state and federal government, is treated equally. We should not be picking winners and losers when it comes to data limits and speeds.

Counting this week, there are only 26 working days left in this year’s legislative session, and all of the bills filed this year will learn their fate by the end of March. I will keep you updated on the legislature’s progress and what ultimately passes.