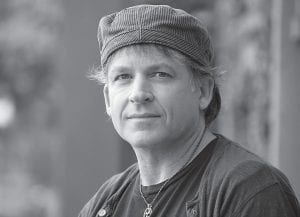 Denny Fongheiser’s usual 3-mile-a-day walk left him suddenly panting but his insurer wouldn’t pay for a stress test because his cholesterol was normal. A month later, chest pain sent Fongheiser, of Santa Monica, Calif., to the hospital where he needed a stent to unclog an artery. It turned out he had high particle levels, which his cardiologist now aims to get below the LipoScience-recommended level of 1,000 with cholesterol-lowering drugs. (AP Photo)

For heart health, you’re supposed to know your numbers: Total cholesterol, the bad LDL kind and the good HDL kind. But your next checkup might add a new number to the mix.

More doctors are going beyond standard cholesterol counts, using another test to take a closer look at the bad fats — a count of particles that carry LDL through the blood.

Cardiologists are divided over the usefulness of that approach. Proponents contend it might help them spot at-risk patients that regular checks might miss, or get more information about how aggressively to treat them.

But so far, guidelines from major heart organizations don’t recommend these extra tests. They’re pricier than regular cholesterol exams, although Medicare and many other insurers pay for them. And it’s not always clear what the results mean.

“ I see a lot of people being confused,” says Dr. Nieca Goldberg of New York University Langone Medical Center and the American Heart Association. Especially when they’re used on lower-risk people, “you don’t know how to make sense of the information.”

Yet up to half of patients diagnosed with heart disease apparently had normal levels of LDL cholesterol, and some doctors say particle testing might help find some of them sooner.

“For most people, the standard lipid profile is fine,” says Dr. Michael Davidson of the University of Chicago. But “I get referred people who said, ‘My cholesterol was fine, why do I have heart disease?’ We’re showing them, well, because your particle number’s sky high and they were not aware that was a problem.”

Davidson chaired a committee of the National Lipid Association which this month called the extra tests reasonable to assess which at-risk patients might need to start or intensify cholesterol treatment. That committee’s meeting was paid for by a grant from eight pharmaceutical companies, including some makers of particle tests.

Cholesterol isn’t the only factor behind heart disease. High blood pressure, smoking, obesity, diabetes or a strong family history of the disease can put someone in the high-risk category even if their cholesterol isn’t a red flag. Some doctors also are testing for inflammation in arteries that may play a role, too.

On the cholesterol front, doctors have long focused on three key numbers:

— Total cholesterol should be below 200.

— An LDL or “bad” cholesterol level below 130 is good for healthy people, but someone with heart disease or diabetes should aim for under 100.

— For HDL, the “good” cholesterol that helps control the bad kind, higher numbers are better — 60 is protective while below 40 is a risk.

Where do particles come in? Scientists have long known that small, dense LDL particles sneak into the artery wall to build up and narrow blood vessels more easily than larger, fluffier particles. While overall LDL levels usually correlate with the amount of particles in blood, they don’t always, just as a beach bucket of sand may weigh the same as a bucket of pebbles but contain more particles.

Only in recent years have commercial tests made particle checks more feasible — although there’s no standard method, and different tests measure in different ways. The tests add another $100 to $150 to regular cholesterol checks.

But is knowing about your particles really useful, and if so when? That’s where doctors are split.

A study published last spring used one particle test, from Raleigh, N.C.- based LipoScience, to analyze a database of more than 5,000 middle-aged people whose heart health was tracked for five years. Most people’s overall LDL and particle counts correlated pretty well. But people had a higher risk of heart disease when their particle count was much higher than their LDL predicted — and, conversely, a lower risk if their particle count was lower than expected, says lead researcher Dr. David Goff Jr. of Wake Forest University.

Many of those higher-risk patients could be caught by a closer look at standard tests “for no additional charge,” says Dr. Roger Blumenthal of Johns Hopkins University and the American College of Cardiology.

Triglycerides, another harmful fat, are a good indicator, Blumenthal says. You’re at risk despite a low LDL if your triglycerides are over 130, not to mention a low HDL, he said. People who are obese, diabetic of borderline diabetic also are at greater risk, because they often have higher LDL particle counts.

Another way to measure without an added test: Just subtract HDL from your total cholesterol number. The resulting bad-fat total should be no higher than 30 points above your recommended LDL level — and if they are, it’s time for serious diet and exercise, adds Dr. Allen Taylor of Washington Hospital Center.

Still, even some doctors who don’t think particle testing is for the masses say they use it sometimes to tip the scales on a borderline patient.

Others use it to guide therapy. Consider Denny Fongheiser of Santa Monica, Calif. At 52, his usual 3-milea day walk suddenly left him panting, but his insurer wouldn’t pay for a stress test because his cholesterol was normal.

A month later, chest pain sent Fongheiser to the hospital where he needed a stent to unclog an artery. It turned out he had high particle levels, which his cardiologist now aims to get below the LipoSciencerecommended level of 1,000 with cholesterol-lowering drugs.

“I was basically a time bomb,” Fongheiser says. He welcomes “being able to test this and know what’s going on.”