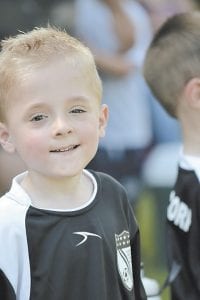 For more than two months, health officials have been struggling to understand the size of a national wave of severe respiratory illnesses caused by an unusual virus. This week, they expect the wave to start looking a whole lot bigger.

But that’s because a new test will be speeding through a backlog of cases. The Centers for Disease Control and Prevention is now using a new test to help the agency process four or five times more specimens per day that it has been.

The test is a yes/ no check for enterovirus 68, which since August has been fingered as the cause of hundreds of asthma-like respiratory illnesses in children — some so severe the patients needed a breathing machine. The virus is being investigated as a cause of at least 6 deaths.

It will largely replace a test which can distinguish a number of viruses, but has a much longer turnaround.

The result? Instead of national case counts growing by around 30 a day, they’re expected to jump to 90 or more.

But for at least a week or two, the anticipated flood of new numbers will reflect what was seen in the backlog of about 1,000 specimens from September. The numbers will not show what’s been happening more recently, noted Mark Pallansch, director of the CDC’s division of viral diseases.

Enterovirus 68 is one of a pack of viruses that spread around the country every year around the start of school, generally causing cold-like illnesses. Those viruses tend to wane after September, and some experts think that’s what’s been happening.

One of the places hardest hit by the enterovirus 68 wave was Children’s Mercy Hospital in Kansas City, Missouri. The specialized pediatric hospital was flooded with cases of wheezing, very sick children in August, hitting a peak of nearly 300 in the last week of the month.

But that kind of patient traffic has steadily declined since mid-September, said Dr. Jason Newland, a pediatric infectious diseases physician there.

“Now it’s settled down” to near-normal levels, Newland said. Given the seasonality of the virus, “it makes sense it would kind of be going away,” he added.

The germ was first identifi ed in the U.S. in 1962, and small numbers of cases have been regularly reported since 1987. Because it’s not routinely tested for, it may have spread widely in previous years without being identified in people who just seemed to have a cold, health officials have said.

But some viruses seem to surge in multi-year cycles, and it’s possible that enterovirus surged this year for the first time in quite a while. If that’s true, it may have had an unusually harsh impact because there were a large number of children who had never been infected with it before and never acquired immunity, Newland said.

Whatever the reason, the virus gained national attention in August when hospitals in Kansas City and Chicago saw severe breathing illnesses in kids in numbers they never see at that time of year.

Health officials began finding enterovirus 68. The CDC, in Atlanta, has been receiving specimens from severely ill children all over the country and doing about 80 percent of the testing for the virus. The test has been used for disease surveillance, but not treatment. Doctors give over-the-counter medicines for milder cases, and provide oxygen or other supportive care for more severe ones.

The CDC has been diagnosing enterovirus 68 in roughly half of the specimens sent in, Pallansch said. Others have been diagnosed with an assortment of other respiratory germs.

As of October 17, lab tests by the CDC have confirmed illness caused by the germ in 825 people in 46 states and the District of Columbia.

Aside from the CDC, labs in California, Indiana, Minnesota and New York also have been doing enterovirus testing and contributing to the national count. It hasn’t been determined if or when the states will begin using the new test, which was developed by a CDC team led by Allan Nix.

Meanwhile, the virus also is being eyed as possible factor in muscle weakness and paralysis in at least 27 children and adults in a dozen states. That includes at least 10 in the Denver area, and a cluster of three seen at Children’s Mercy, Newland said.