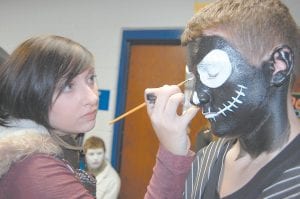 Samantha Mullins applied makeup to the face of Hunter Vance, who played Mack the Pumpkin Prince in the WMS UNITE Club’s version of “The Nightmare Before Christmas.”

The Whitesburg Middle School UNITE Club recently presented its version of “The Nightmare Before Christmas.” These photos were taken beforea performance in the Letcher County Central High School Auditorium. 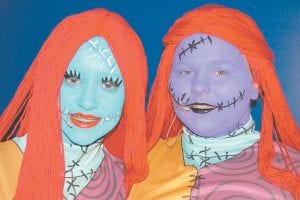 Sidney Mullins (Sally) and Kiana Day (Mallie) posed for a photo before their performance in the play. 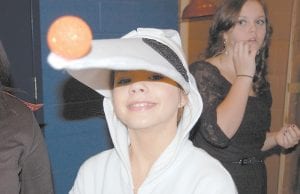 Charleigh Spangler smiled backstage before her performance in “The Nightmare Before Christmas.” Spangler was cast as the ghost dog zero in the play by the Whitesburg Middle School UNITE Club. (Photos by Sally Barto)