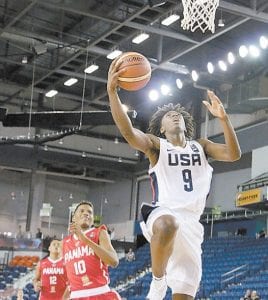 Not sure whether Kentucky’s 34-point loss to Duke in basketball or 24-7 loss at Tennessee in football was more disappointing last week. However, both had one troubling theme — Kentucky’s effort was not nearly equal to the team it was playing in either game.

The basketball team has the rest of the season to sort out its problem and despite the national embarrassment of getting beat that bad, coach John Calipari’s team can still salvage its season.

Kentucky football doesn’t have that second chance. Coach Mark Stoops’s team can still have a terrific 9-3 finish, but the lack of a consistent offense has let what could have been an extra special season slip away.

Losing to Georgia knocked UK out of a chance to play in its first SEC championship game and then Tennessee not only kept UK from winning in Knoxville for the first time since 1984, but it continued the second-half of the season slide that has tormented Stoops at Kentucky.

Kentucky’s biggest issue is that the offense has gone missing. Where Benny Snell once had big holes, he now has next to none. Kentucky has been unable to make teams pay for selling out to stop the run because quarterback Terry Wilson either lacks time to throw, waits too long to make decisions, doesn’t throw accurately, or has receivers that either can’t get open consistently or drop too many passes. 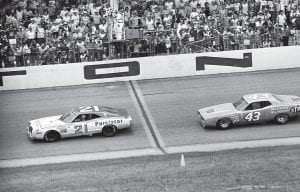 Above, David Pearson (21) crosses the finish line and gets the checkered victory flag ahead of Richard Petty (43) at the Daytona Speedway in Daytona, Florida on July 4, 1974. Pearson, who died this week at age 83, passed Petty on the last lap for the victory, his third consecutive “400” win at the Daytona Speedway. Below, Pearson, right, and Petty in Atlanta in March 2009. (AP Photos)

Yet Stoops did not endear himself to many UK fans after the Tennessee loss when asked about what changes he might make offensively.

“We always could look at things. We won’t be drastic, but there’s things we can do to be more effective and we have to take responsibility for that and put our kids in a position to be successful,” Stoops said.

Could look at things? What about changes to an offense struggling for any finishing power?

“There’ll be a different message, believe me,” Stoops said about getting ready for the final two games. “That’s on me and I’ve gotta get them ready to play. That didn’t happen this week.”

Issel, a productive ABA and NBA player, also had a playful side off the court.

“The places we used to travel in the SEC, most were dry (did not sell alcohol),” Issel said. “The trainer used to take all the booze on the road and had an extra suitcase for coach Rupp’s part (of the alcohol).”

Issel remembers one time the door to Rupp’s hotel room being left open and he snuck in to take a six-pack of beer out of the room. When Rupp discovered it was missing, he came to the room Issel shared with Mike Pratt.

“He said, ‘I know you guys took it. Where is it? He tore that room apart,” Issel laughed.

Rupp didn’t find it because Pratt had taken the top off the back of the commode and put the beer in there.

“That is a true story,” Pratt confirmed. “That was a good night.”

Growing up, Dick Vitale can remember family arguments about who was the best center fielder in baseball. Everyone had an opinion — with no one opinion being right or wrong. That helped inspire the idea for a new book by the ESPN college basketball analyst that he hopes will bring back “memories to a lot of players and people” just like it did for him.

Vitale went to work for ESPN on December 5, 1979, and his Mount Rushmore lists start with his hire date. That means coaches John Wooden and Adolph Rupp are not on his list of coaches. Instead, he has Bob Knight, Dean Smith, Roy Williams and Mike Krzyzewski as his top four.

“These are my choices and I can respect the fact that not everybody will agree,” Vitale said. “We wanted to impact a lot of people with my memories and I am so proud of the response we are getting. It has all been very positive.”

He said putting Knight, Smith and Krzyzewski on his top four coaching list was easy. Picking Williams as No. 4 was not as easy. He admits he considered Tom Izzo, Jim Calhoun, Bill Self and John Calipari, too.

“I gave Roy the edge because of what he has achieved not only at North Carolina but also what he did at Kansas,” Vitale said. “He has three titles. I had to go with him.”

He has a lot of Kentucky connections in his book.

Calipari is listed as one of “All Mr. March” coaches along with Izzo, Krzyzewski and Rick Pitino, who does belong there for what he’s done at every stop in his career. Vitale calls him the “perfect” fit for Kentucky.

Two former UK players — Anthony Davis and Karl-Anthony Towns —are on the “All One and Done” list along with Kevin Durant and Carmelo Anthony. The “All Traveling Men” — coaches who have had success at more than one school — includes Tubby Smith along with Self, Rick Barnes and Left Driesell.

Perhaps my favorite list is the “All Golden Voice” of all-time great college basketball announcers. First on the list is Kentucky’s Cawood Ledford.

“He is a legend. Everybody in Kentucky knows that,” Vitale said. “Cawood was simply the best and such an intricate part of Kentucky basketball. He was one of those guys who would eat, sleep and drink his sport. He was a true Hall of Famer. Couldn’t have a list without my man Cawood. He was Kentucky basketball.”

It’s no surprise that all proceeds from the book will go to the V Foundation for pediatric cancer. Vitale has helped raise millions of dollars to help kids battling cancer and there is a tribute at the start of the book to those who have been toaVFoundationgalaandsince lost their battles.

“I am obsessed with raising money to help these kids,” Vitale, who was at the Champions Classic in Indianapolis last week, said. “Every dollar will go through the V Foundation.

“You can preorder at (www.amazon.com) and get an autographed copy. The books would make great Christmas gifts. I am really passionate about this and just want to help kids at the same time I am sharing my memories of my 40 years at ESPN.”

Kentucky’s loss to Duke certainly shows the impact recruiting can have. Duke signed the top three recruits in the 2018 class and R.J. Barrett, Zion Williamson and Cam Reddish combined for 83 points against Kentucky and destroyed the Wildcats.

The 6-11 McDaniels played so well in the spring and summer that he went from a top 100 player to a top five player.

“We have him ranked as the the No. 1 power forward,” Chris Fisher of The Cats Pause/247 Sports Network said. “A lot of people feel he has the highest ceiling of any prospect in the 2019 class, which is saying a lot. He’s a 6-11 forward and there’s not much he can’t do with the ball in his hands. He projects as a stretch four, a Kevin Durant type of player.”

Fisher said the belief is that it will be hard to get Daniels to leave the west coast but he also said that Kentucky was his dream school.

“We’ll have to see how that factors into his final choice,” Fisher said. “Kentucky has got a crack at him and certainly has a place for him in its 2019 recruiting class. With his versatility he could play next to another big guy because of his perimeter skills and all he can do.”

Fisher said McDaniels could play with either James Wiseman or Vernon Carey, two of Kentucky’s other top recruiting targets.

“His recruitment has been a mystery. He’s not revealed a lot and it is kind of unclear when he will decide (on a college),” Fisher said. “He could wait to spring to make his choice. I could see Wiseman doing it in the next couple of week. Carey is not real clear about when he’ll decide, either. Kentucky is bracing for the losses of P.J. Washington and EJ Montgomery. Nick Richards could possibly leave. Kentucky is in the market for front court help and McDaniels could sure help.”

“I know Kentucky fans are going to love him as a player because of the way he plays. But I also hope they love him for who he is because he’s really a good kid with a big heart and he’s going to enjoy BBN a lot,” Denyse Maxey, the UK commit’s mother, said.

Maxey, a five-star combo guard, was named Offensive Player of the Session after averaging 24 points, 5.7 rebounds, 4.7 assists and 2.9 steals per game during the Nike Elite Youth Basketball League’s stop in Indianapolis this summer and was on Team USA that won a gold medal in the under 18 FIBAS Americas Championship.

More details on the game pairings will be released soon and advance tickets will be sold during the upcoming Marshall County Hoopfest (November 29-December 1). That event will include another UK commit, Dontaie Allen of Pendleton County. He will play against host Marshall on December 1. Kentucky recruiting target James Wiseman of Memphis will also play December 1 in Hoopfest.

Quote of the Week: “It was obvious Tennessee wanted it more than Kentucky, so that’s why the outcome was what it was. We’ve got to eliminate those guys that don’t have that hunger. Don’t have anymore, we don’t need you,” Kentucky running back Benny Snell after the 24-7 loss at Tennessee.