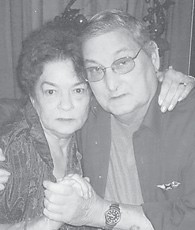 Funeral services for Norma Lee West, 70, were held September 13 at Everidge Funeral Home. Burial was in the West Cemetery at Pert Creek.

A daughter of the late Mitchell and Emma Sandlin Brock, she was born in Letcher County. She died September 11 at her home at Letcher.

She was the widow of Sam West and a sister of the late James Brock.