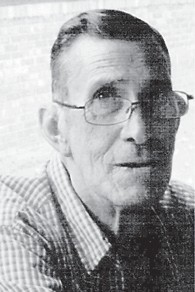 Norwood Potter, 80, of Jackhorn, died August 23 at the Greg and Noreen Wells Hospice Center in Hazard.

He was also preceded in death by his stepmother, Helen Potter, a stepson, Clarence Price, and an infant brother.

He was a retired coal miner of more than 30 years, and was a member of the Sons of the American Legion, Neon Post 104.

Funeral services were held August 25 in Jenkins. Burial was in the Potter Cemetery at Potter Town.