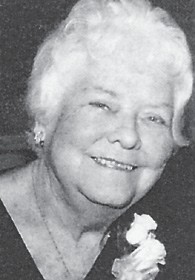 Funeral services for Novake S. Banks, 81, of Columbus, Ind., were held November 11 at Letcher Funeral Home in Whitesburg. Burial was in Dinah Blair Cemetery at Letcher.

Born in Letcher County to the late John and Alberta Kiser, she was the widow of Raymond P. Banks, and later married Luther Francis, who survives her.

She died November 7 at Columbus Regional Hospital after a long illness.