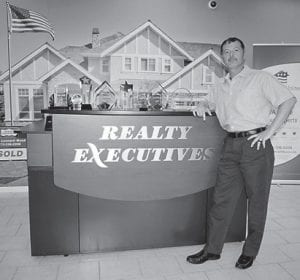 — David Holbrook, owner and broker of Realty Executives in Fort Leonard Wood, Mo., and his company have been number one in their area in selling real estate since 2013. The company sold more than $107 million in real estate over the past three years. He was the number one real estate agent all three years, and ranks number nine in the Realty Executives Franchise in mid America. He and his wife, Jennifer, are from Letcher County and are graduates of Whitesburg High School. They now live in Missouri. The couple opened a second office in 2015 in Waynesville, Mo., and in 2016 opened Holbrook Lake Homes at Lake Ozarks, Mo. He is the son of Corene Holbrook of Mayking and the late Eddie Holbrook, and she is the daughter of Pearl and Charles Noble of Ermine.