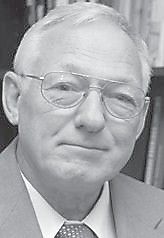 Former United Mine Workers union official Joe Main, above, is the Obama administration’s choice to head the U.S. Mine Safety and Health Administration.

The Obama administration nominated officials this week to head two key agencies that oversee the health and safety of the nation’s 392,000 miners and environmental issues at thousands of surface mines across the country.

“We certainly don’t see him as a very strong candidate,” said Janet Fout, executive director of the Ohio Valley Environmental Coalition. “The state agencies haven’t been doing their jobs.”

Pizarchik currently heads Pennsylvania’s Bureau of Mining and Reclamation. At OSM, Pizarchik would head an agency that has long been criticized by environmental groups for its perceived failure to enforce laws designed to protect the environment.

The Sierra Club offered a cautious assessment, saying only that it urges Main and Pizarchik to make strong enforcement their top priority.

“That would be a welcome change of pace after the mine accidents, environmental devastation, and lax oversight that marked the past eight years,” Mary Anne Hitt, deputy director of the Sierra Club’s Beyond Coal Campaign, said in an e-mail.

“Joe Pizarchik brings a lifetime of experience and dedicated public service to ensuring mines are operated safely and in an environmentally sound manner,” Salazar said in a statement. “His expertise and record of innovation will ensure the coal production that is so necessary to meet our nation’s energy needs is conducted in a way that respects the land and protects the environment.”

The National Mining Association declined to comment on him, but spokesman Luke Popovich called Main experienced and knowledgeable. “We’ll need both as we work with MSHA to sustain the progress we’ve made in the past two years,” he said in an e-mail.

“Joe is perhaps the most knowledgeable person about mine safety and health in the nation, and his experience was gained where it counts the most — fighting every day for over 30 years on behalf of miners’ health and safety,” Roberts said.