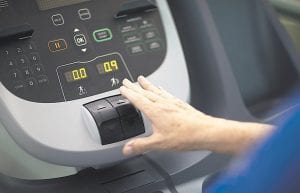 Some lawmakers on the Interim Joint Committee on Appropriations and Revenue, however, questioned the program’s long-term health, particularly in paying for a deeper pool of participants once federal assistance gradually scales back.

One result of Gov. Steve Beshear’s decision to expand Medicaid eligibility is a steep drop in the number of uninsured Kentuckians. More than 330,000 residents who enrolled in health coverage through kynect, the state’s health exchange created through the Affordable Care Act, qualified for the low- income health program, according to data as of April 21.

Kissner presented a Kentucky map of pre- and post- Obamacare, as the ACA is interchangeably known. In pre-ACA Kentucky, many eastern Kentucky counties had uninsured rates from 17 percent to more than 20 percent. Now, Kissner said, those same counties report uninsured rates anywhere from less than 5 percent to 11 percent.

“ In the Appalachians there, we actually have done a tremendous job through an army of recruiters and ‘kynectors’ and people to help get the enrollment through,” Kissner said.

He noted a number of improvements in visits and screenings, such as a 15.8 percent jump in annual dental visits, 36.7 percent hike in preventative services among adults, 20.6 percent increase in cervical cancer screenings and 16.1 percent more colorectal cancer screenings compared to last year.

Data showing Medicaid reimbursements to hospitals are bittersweet, as some rise while others fall in a short two-year window. Still, one table showed that of 100 hospitals listed, 45 had received more reimbursements from Medicaid expansion in the first six months of 2014 than disproportionate share payments, which hospitals receive to compensate for treatment given to uninsured or underinsured patients, in all of fiscal year 2013.

But some legislators on the committee that met late last week worried about the budgetary ramifications of the expansion. The federal government is paying for 100 percent of expanded Medicaid’s costs, but the share dips to 95 percent in 2017, 94 percent in 2018, 93 percent in 2019 and 90 percent beyond.

Kissner could not provide an estimate on future Medicaid costs with the additional recipients.

“Three years is very far away, and to hear the head of Medicaid say we don’t have any idea whatsoever what we’re going to be paying, that’s, again, very worrisome,” said Sen. Chris McDaniel, R-Taylor Mill. “I mean, we’ve got tons of priorities in this state, and it’s going to be a big number.”

With the University of Louisville’s Urban Studies Institute estimating a cumulative economic impact of $15.6 billion by 2021 because of expanded Medicaid eligibility, Sen. David Givens, R-Greensburg, asked Kissner how the General Assembly should gauge financial success in the budget-writing process for the 2017-18 biennium.

Kissner said the state should see a boost from Medicaid dollars churning through the economy and improved health outcomes in workers, thus increasing productivity.

“If you make your population healthier, what happens? What’s the long-term ramification of that? Do they work more? Do they have more working hours?” Kissner asked. “We’re 48th in poor mental health days and 49th in poor physical health days in the country.

“… Health care is not a zero-sum game. Building a healthy population results in more time at work, more efficiency at work, maybe more head in the game at work.”