Officials say driver of truck not at fault 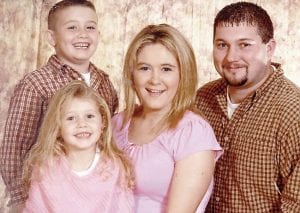 State mine safety officials have determined that inadequate conditions contributed to the death of a rock truck operator working at a Letcher County surface mine in early January.

A report released this week by the Kentucky Office of Mine Safety and Licensing says a fatal accident involving Roy Douglas Sturgill II could have been prevented if a safety berm designed to keep rock trucks from backing over a steep slope had been properly constructed.

Sturgill, of Big Cowan, died at 2:10 a.m. on January 8, about an hour and 25 minutes after the Caterpillar 777B rock truck he was driving backed over a highwall and split in two. The accident occurred at Cumberland River Coal Co. Inc.’s Blue Ridge Mine at Ovenfork.

The report says the accident happened while Sturgill, a contract laborer, was using the truck to "back dump" shale over an existing highwall for reclamation purposes. Sturgill, the report says, was backing the truck toward the dumping location when the truck "over traveled the berm, overturned and rolled down the spoil slope" before coming to a rest after traveling 202 feet.

Investigators say the berm was 183 feet long, ranged in height from just 17 inches to 48 inches, and was constructed of damp soil. The report says that while the berm was 26 inches high at the spot where the accident occurred, it wasn’t adequate to keep Sturgill’s truck from rolling

The report says no steps were taken to repair the berm even though a Cumberland River Coal foreman visited the site 15 minutes before the accident. The report also says that "nothing in the toxicology screen" conducted on Sturgill "indicated it was a contributing factor to the accident." Sturgill’s blood was tested for 11 types of drugs.

As a result of the accident and investigation, Cumberland River Coal has received six notices of non-compliance. The notices charge that:

• the berm at the dump location was not adequate.

• the foreman in charge did not ensure that work was being done in a safe manner.

• the pre-shift examination was not recorded in a suitable record book.

• a record book of hazardous conditions and repairs to mining equipment was not provided.

• no record of newly-employed miner training had been completed and maintained at the mine site.

• no record of work assignments had been completed and maintained at the mine site.

The report says that recommendations for better safety have been made and discussed with Cumberland River Coal officials. Those include recommendations:

• that dump berms shall be of adequate size and constructed of material capable of restraining a vehicle to prevent over travel.

• that work areas shall frequently be visited by a certified foreman to ensure work is being done in a safe manner and hazardous conditions are corrected.

• that procedures shall be established and reviewed with all employees concerning the construction and purpose of dump berms. Rock truck operators shall be instructed on proper dumping procedures concerning contact with berms.

• that seat belts shall be worn by equipment operators at all times. The report says Sturgill’s seat belt wasn’t buckled when he was thrown from the cab of the truck, but investigators couldn’t determine whether Sturgill wasn’t wearing the belt or whether the belt’s buckle separated during the accident.

• that when work is performed after dark, dumping areas shall be illuminated in a manner which will not hinder the vision of the equipment operator.

Investigators also found that Sturgill was still conscious when fellow workers went to his rescue. The 29-year-old father of two died of internal injuries after being airlifted from the scene.