On parade in Whitesburg 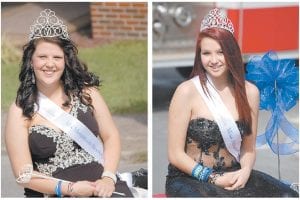 PAGEANT SISTERS — Miss Mountain Heritage Hannah Lucas (left) and Miss Teen Mountain Heritage Rachel Lucas both smiled during the parade. Hannah, 22, is a senior at the University of Pikeville, where she is majoring in social work. Rachel, 16, is a junior at Letcher County Central High School.

The 31st annual Mountain Heritage Festival was held in Whitesburg last week. Most of the photos seen on this page were taken during the parade held Saturday while another was taken earlier in the festival. (Photos by Chris Anderson and Sally Barto) 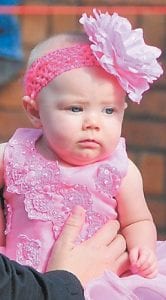 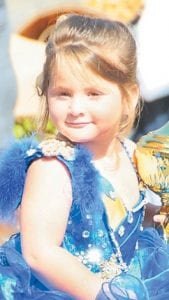 Jaci Collier, one of the Mountain Heritage pageant winners, sparkles in the sun. 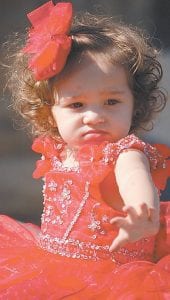 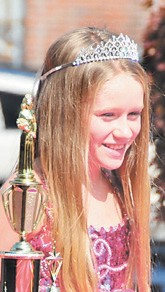 Little Miss Mountain Heritage Ashlie Eldridge held onto one of two trophies she had. 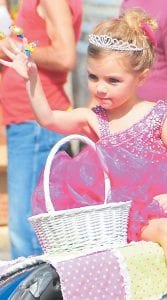 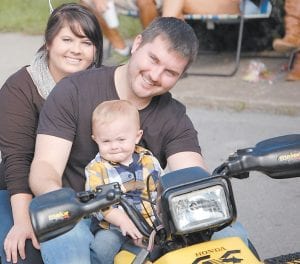 Fourteen-month-old Connor Robert Allen Smith rode on an allterrain vehicle in the parade with his parents, Brandy and Kyle Smith of Whitesburg. Connor is the winner of the ARH Cutest Baby Contest held by Appalachian Regional Hospital and WYMT-TV and launched on Facebook on May 13. There were 580 baby photos submitted and 52,147 votes were cast. Conner had received 9,882 votes when voting ended August 13. 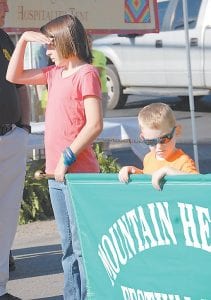 Kensley Adams and Grant Barto carried the Mountain Heritage Festival banner to signify the beginning of the parade. 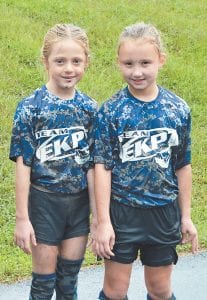 Winners of the Mountain Heritage Festival’s Mini Mountain Mudder competition in the 10 and under group were Heidi Bentley and Kaylee Banks. (Photo by Connie Fields) 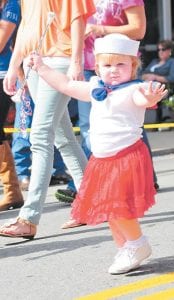 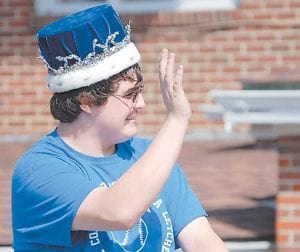 … as was the Letcher County Central High School Marching Band, seen crossing the bridge over the North Fork of the Kentucky River. 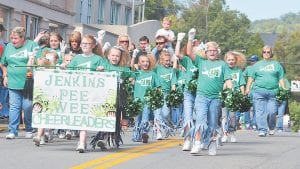