ON THE CAMPAIGN TRAIL 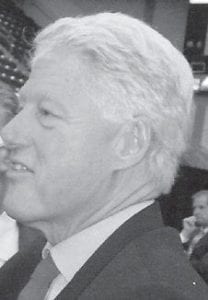 Former President Bill Clinton spoke last week at the Expo Center in Pikeville for his wife’s campaign for the Democratic nomination for president. Among the audience was LaRonda K. Baker of Thornton, who had a front row seat for the event and took this photograph.