One big bash before class 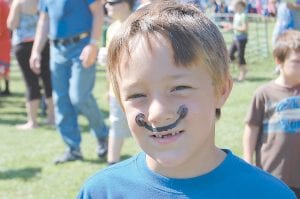 Above, Joshua Holbrook, 6, sported a mustache at the Back to School Bash. Face painting was one of several free activities available. Joshua’s father, Joe Holbrook of Mayking, took him to the event. Joshua will be a first-grader at Martha Jane Potter School.

The all-volunteer Letcher County Kids’ Day Committee sponsored its annual Back to School Bash at River Park in Whitesburg on July 26. Free snacks, games, inflatables and school supplies were available to every school-aged child in Letcher County. Pictured on this page are some of those who attended. 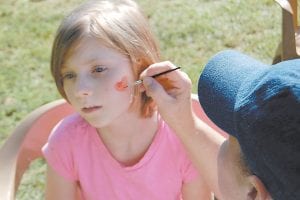 At right, a volunteer painted a heart on Hayley Day’s cheek. Hayley, 9, a daughter of April and Brett Day of Bartesta Branch, will be a fourth-grade student at Cowan Elementary. 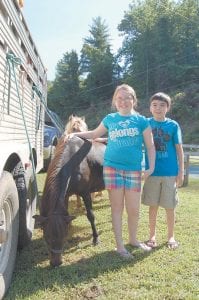 Siblings Miranda Milam, 10, and Kobe Milam, 12, of Jenkins, posed for a photo with ponies. They are the children of Bobby and Jerrica Milam. 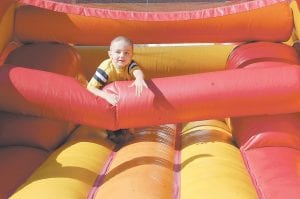 Above, Gabriel Gilliam, 5, climbed through an inflatable shaped like a large red dragon. Gabriel, a son of Michael and Kristy Gilliam of Mayking, will attend kindergarten at West Whitesburg Elementary School in August. 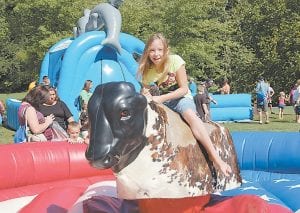 At right, Ruthie Lee, 9, of Whitesburg, took a turn riding a mechanical bull at the Back to School Bash. Ruthie, a daughter of Jessica and Rocky Lee, will be a fourth-grade student at West Whitesburg Elementary School. 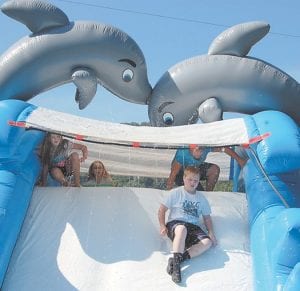 Matt Craft, 10, of Mayking, cooled off on a large inflatable slide. Matt, who will soon begin his fifthgrade year at West Whitesburg Elementary, is a son of Amy and Richard Craft. 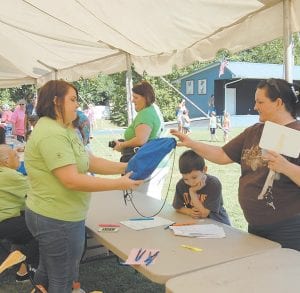 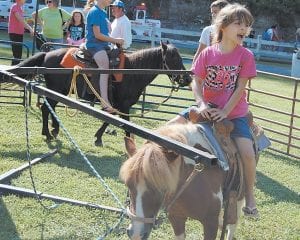 Six-year-old Trinity Faith Amburgey got a friend’s attention while riding a pony at the Letcher County Kids’ Day Back to School Bash at River Park in Whitesburg on July 26. Trinity is a daughter of Gary and Tisha Amburgey, of Loves Branch. 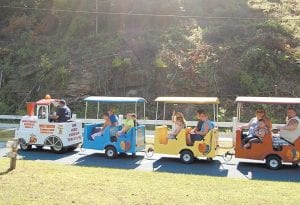 Free rides around the track were offered by the Whitewater Shrine Club of Elkhorn City (above) and the Whitesburg Fire Department (below). 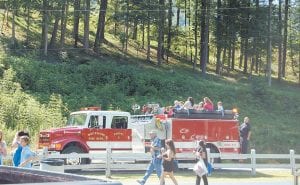