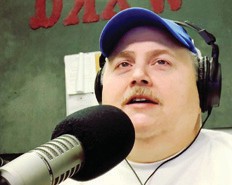 Kevin Day had a birthday on the 17th.

Well, I’ve got another family story to tell you. My brother Albert is a UTV addict. He has been this way as long as I can remember. My dad used to ride an old Cushman Scooter to Southeast Coal Company’s portal here on Colson just a little piece up the road from Cane Hollow. Albert loved getting on it and just messing around.

Well, as soon as he could afford it he bought himself a four-wheeler. The other day he had me order him some parts off E-bay for his side-by-side and since he doesn’t know anything about computers or even have an account, I was going to order them and he was going to pay me back. So, I order a few parts just fine and then when we tried to order the last part it wouldn’t let me check out and put that amount on my account. I thought maybe the reason was I have a limit on our card. So, we tried to use his debit card and I put all the information in and it declined it. So, we thought we would just give up since it was so late at night and try again later. 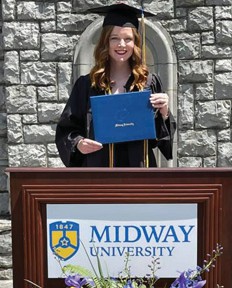 Cameron Kincer was graduated from Midway College May 15.

Then this morning when he and my grandson went to get themselves a McDonald’s breakfast, his card was declined. He knew that couldn’t be right so he tried it again and it declined it again. He had to have gas also so they went to the gas station and tried his debit card. Sure enough, it said it was declined but not because of lack of funds but because they suspected fraud.

They drove to the bank and before he got out of the truck he told my grandson he was going to take a screw gun in with him just in case they didn’t want to give him his money. He said, “Now keep a lookout for me and if you see me coming out running you go ahead and start the truck so I can make a fast getaway.” Albert said as he was coming out of the bank he heard his truck start up.

Come to find out, it was where I had tried to use his card on my computer. I guess that’s a good thing, though. After they unlocked Albert’s card he went to the gas station to get gas again and it was all sold out except premium. 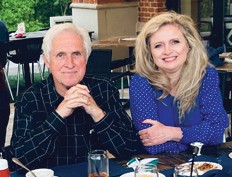 Danny Dixon and his daughter Kristi share the same birthday on May 15.

Now you know why we bought him a t-shirt for Christmas that said, “My luck is just like a bald guy who just won a comb.”

Our community has another family that is desperately needing everyone’s prayers. Gerald and Delilah Baker’s grandson, Caleb Baker, from right here on Colson. He was in a terrible UTV accident Saturday morning and was flown out to UK.

Monday evening he had to have another surgery and they found even more serious complications. Please keep Caleb, his wife Hannah and parents Robby and Denise Baker in your prayers also. Only one person was allowed in the hospital with him and so Robby and Denise had to wait in the parking lot during the surgeries.

Another young man our whole county has been praying for passed away Monday morning. He was one of my former students at Martha Jane Potter many years ago. Zach Pease was the step-grandson of my cousin Kim Pennington Lucas and her husband Tim Lucas. Please remember his stepmom, Kelli Pease, and his daddy, Jayson Pease, and his stepbrothers Conner and Landon Pease. 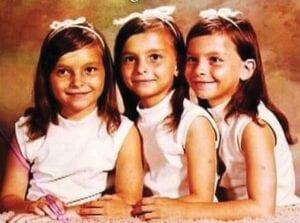 I also heard today on Millstone Missionary Baptist Church’s prayer line that Cambridge Combs had been diagnosed with a low gradient tumor on the left side of her brain. Her parents are Cameron and Heather Stallard Combs. Please remember this little girl and all her family. 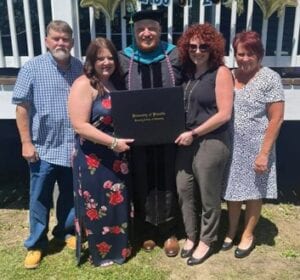 I saw a post on Darrell Holbrook’s Facebook page encouraging everyone to not forget about the Sergent Grade School reunion on the 29th. If you need more information, just get in touch with him.

I have some more prayer requests I need to mention. Ramona Ison has had shoulder surgery and is now recovering. Peggy Gross asked that we pray for her husband Robert Gross. Sheila and Ronnie Biggerstaff asked that we pray for their daughter Brandy. Also keep our preachers and pastors in your prayers, especially my pastor and his family, Bill and Sandy Jones.

It was so good to be able to take off our masks in church Sunday. I’m so glad that people are starting to feel safe being out and about now. If you can please attend church, Letcher Independent Baptist is planning on opening back up all the service beginning June 13.