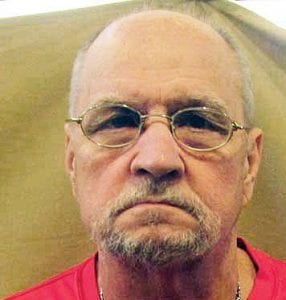 An agreement which spares the life of convicted murderer Roger Dale Epperson was filed in Letcher Circuit Court Tuesday — more than 33 years since he was sentenced to death in the August 1985 murder of 23-year-old Tammy Dee Acker of Fleming.

The filing was sent to Letcher County after Epperson reached an agreement to drop his appeal in federal court in exchange for his sentence being amended.

Epperson had been appealing until last month, when he asked the court to suspend his case pending an agreement with the Kentucky Attorney General’s Office. Special Letcher Circuit Judge Eddy Coleman approved that agreement Friday, and it was filed here yesterday (Tuesday).

The federal judge the same day gave Epperson 35 days from the filing to voluntarily move to drop his petition.

Epperson, who had been on Death Row since 1986, had claimed that during a retrial of the sentencing phase of the case in 2000, he was sentenced to death even though the jury found beyond a reasonable doubt that it was co-defendant Benny Lee Hodge who stabbed Ms. Acker 12 times in the back as she lay on the cold marble floor of a bedroom in her father’s house in Fleming. Epperson was accused to strangling her father with a lamp cord.

Under the agreement approved by Judge Coleman, Epperson’s death sentence was set aside, and he was re-sentenced to life in prison without the chance of parole. The remainder of the sentences — 20 years each for the attempted murder of Dr. Acker, and two counts of first-degree burglary — do not change under the agreement. All of those sentences are to run consecutively (one after another), with credit for more than 33 years already served.

But while Coleman set aside the death sentence, he ruled that Epperson, now 69 years old, must keep his word in regard to the new agreement or face another re-sentencing.

“ The Court hereby amends, subject to the Court’s continuing jurisdiction to re-impose a sentence of death in the event of a breach of the sentencing agreement by Mr. Epperson,” Coleman wrote.

Coleman ordered Epperson returned to the Kentucky State Penitentiary, where he has been since his conviction and where he remains on death row for the murders of Bessie and Edwin Morris in Jackson County. The Morrises, an elderly couple, were murdered in June 1985, about two months before Tammy Acker.

Two men posed as FBI agents to gain entry to the Acker home and then a third man joined them and they attacked the occupants.