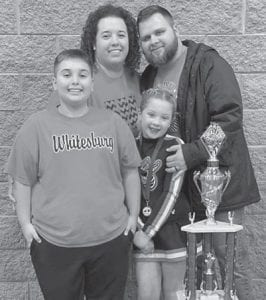 Blake and Chasity Mason are pictured with their children Tucker Mason and Chesnee Mason.

If you or someone you know is really interested in old pictures and the history behind them, you need to pay a visit to Western Auto on Main Street in Whitesburg. There are so many pictures from all around Letcher County. Lots of them are from Neon as the owner, Owen Wright’s, dad used to own a Western Auto there. Some of these pictures belong to his family and others were just brought in and given to him.

There’s one in particular that caught my attention. It’s of a baptism that took place in the river bend at the old Coca-Cola plant. We always called it the Coca-Cola Curve. This picture was taken when there was a coal tipple built in the holler on the other side of the road where the Porter Paints sign used to be. The RC Cola sign that said Stay In School and Finish, Don’t be a Quitter was also there when I was a young girl. I’m not sure which coal company owned or ran the tipple. Owen didn’t know either.

Some of the Neon ones are of structure fires there on Main Street. One of these fires took place in the early ‘80’s. My husband and I lived in one of the apartments over Donna Kaye Coal Company at that time. We sat and watched the firefighters work like crazy to control the fire. It was so cold that morning the water they sprayed on the buildings would freeze on the sidewalks and the firefighters were sliding all over the place. Icicles were hanging from the wires in the pictures Owen has. He also let my husband take pictures of the pictures. His knowledge of Letcher County history needs to be recorded on video and also written down somewhere. He is the only merchant left in Whitesburg that was there when I was growing up in the ‘60’s and ‘70’s. 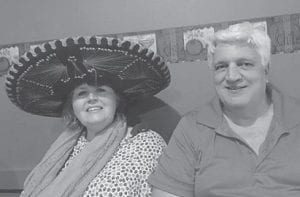 So, please if you want to see a little bit of Letcher County history through pictures and the words of Owen Wright, just take a trip to Western Auto.

It just seems unreal that someone that looked like a picture of health less than 3 months ago, could have been as sick as Terry Wilson really was. Some of you may not know, but he passed away Friday morning, the 24th of January. So, my childhood friend and classmate, Sandra Sexton Wilson, lost her mother, Imogene Sexton, to pancreatic cancer January 1 and then her husband to liver cancer 23 days later. Please continue to pray for Sandra and her two girls and their families. 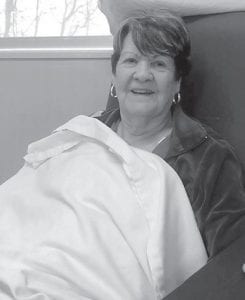 My sister Charlene Mason and I went to his visitation and services Sunday evening at Millstone Missionary Bible Baptist. There was a huge crowd there as I had expected there would have been. Terry’s mom and dad lived in the Marlowe Coal Camp and I’m not sure how old Terry was when they moved away. A lot of Marlowe people were there. It was so good to see a lot of our Whitesburg High School classmates. I wish it had been for a class reunion though, instead of a funeral.

Wedding anniversaries were Jim and Georgia Armstrong Hall. They celebrated 49 years together on the 23rd, and also Josh and Martina Yonts celebrated on the 23rd.

My husband’s cousin, Donna Bailey Hartman, posted on Facebook last week about the health of her mom, Freedis Mullins Bailey. She has been diagnosed with breast cancer and has started chemo treatments. Her husband Donald Bailey is also in poor health. This is the post on Facebook from Donna:

“As some of you may already know my Mother was diagnosed around Christmas with breast cancer. Her second chemo treatment was today. Last week was a little trying at times but she’s a fighter and will end up having 12 weekly treatments, surgery and continue an infusion every 3 weeks for a year. They are here in Maysville living in an apartment on our property. You would never know this amazing lady is almost 81!!!! Please continue to keep her in your daily prayers as well as my father who has Parkinson’s.

Another special person in our family’s lives needing prayers now is one of my first cousins, John Wayne Adams. He is having a lot of spinal issues and has had surgery scheduled and changed now 3 times. He’s in a lot of pain and even having a hard time walking.

There are so many people in our community that are facing an illness or have lost loved ones this past month. They also all need your fervent prayers. Please don’t forget to keep my pastor Bill Jones and his whole family in your continued prayers.

As Oma would have said once again, please attend church this week, Sunday morning, Sunday night and when your church has services throughout the week.