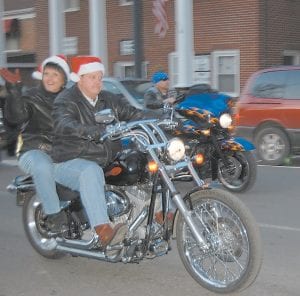 Letcher County Judge/Executive Jim Ward and his wife, Joan, rode through the Whitesburg Christmas Parade on a motorcycle. 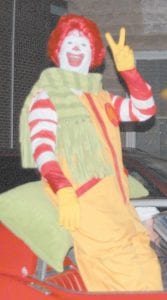 Ronald McDonald was on hand as Whitesburg Mc- Donald’s employees handed out packages of cookies and stickers to parade watchers. 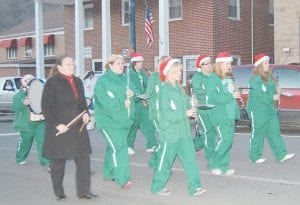 Members of the Jenkins High School marching band helped spread Christmas cheer when they participated in the Christmas parade in downtown Whitesburg. (Photos by Sally Barto)