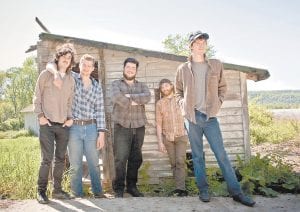 After serving as the opening act for four shows by the Dave Matthews Band in June, the Felice Brothers have kicked off their own tour of the U.S., and will perform at Summit City in Whitesburg on Monday, July 12, with Dawn Landes and the Hounds opening. The show begins at 7 p.m., and will cost only $10. It will mark the band’s third appearance at Summit City. The Felice Brothers’ music is frequently compared to that of The Band.