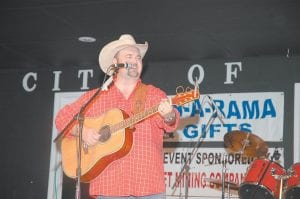 Country musician Daryle Singletary entertained the crowd attending the Riverside Days festival at River Park in Whitesburg on Saturday night. Singletary, 39, of Cairo, Georgia, began his career as a roadie for Tanya Tucker and released his debut album in 1995, which included his first single, “I’m Living Up to Her Low Expectations.” He later had two No. 2 hits, “I Let Her Lie” and “Amen Kind of Love.” Singletary’s latest single is “Love You With the Lights On.” 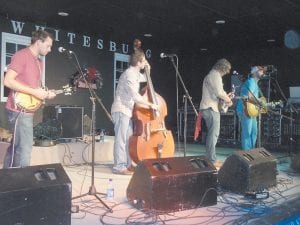 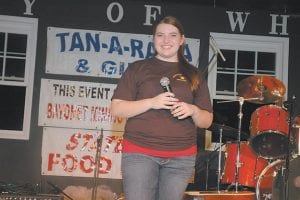 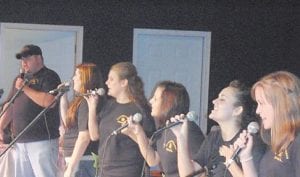 Also performing at RIverside Days were, above left, Folk Soul Revival of Wise County, Va., and Caitlin Collier, above right, who won the title of Mountain Outreach Idol 2010 for her a capella version of “You’ll Never Leave Harlan Alive.” In the photo at right, Collier is joined by fellow Idol contestants Paul Brandon Fields, Sam Fulton, Kristy Thomas, Storm Cox and Ashley Fleming.