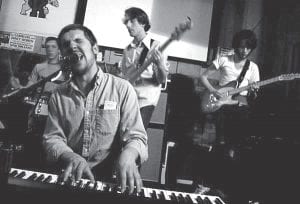 Matt Duncan will bring his band to Letcher County to perform his brand of rock ‘n roll and old school R & B at MARS Fest on top of Pine Mountain, near Whitesburg, on Friday and Saturday.

MARS Fest (Music-Art-ReCreation Sustainability) is a gathering of local and regional musicians, artists, crafters and groups to celebrate Appalachian music, heritage, and culture. It will take place at Wiley’s Last Resort on top of Pine Mountain.

The lineup of performers includes Sam Quinn, the Tim Lee 3, Matt Duncan, Jay Clark, Clack Mountain Honky Tonk, Rich & the Po’ Folks, and the Travelin’ Snakes. There will also be an opportunity for jamming and an open mic. 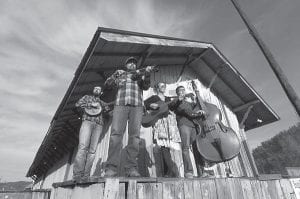 Sam Quinn, a founding member of the Everybodyfields, off ers toe-tapping music.

The Tim Lee 3 melds a variety of influences into a swampy, rock and blues-infused sound.

Jay Clark will be performing songs from his CD “I’m Confused”. He’s performed with Robinella and the CC Stringband.

Rich & the Po’ Folks wear out the fiddle, banjo, mandolin, bass and guitar.

Travelin Snakes draws from the old songs and traditions of east Kentucky and the central Appalachians. John Haywood, Kevin Howard, Brett Ratliff and Joe Moser are the Travelin Snakes.

Wiley’s Last Resort is located on Pine Mountain. Admission to MARS Fest includes camping, hiking, biking, swimming, and paddle boating. Tickets are $25 and are available at Summit City in Whitesburg and online at www.brownpapertickets.com. for information: www.marsfest. wordpress.org.