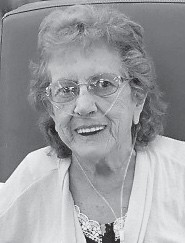 She was the daughter of the late Morgan and Matilda Baker Craft.

Graveside services for Mrs. McHone were held October 23, at the Craft family cemetery at Millstone.