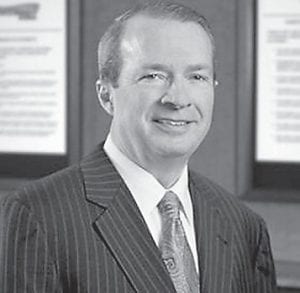 On November 15, Patriot Coal CEO Ben Hatfield stood up in federal court and announced what once might have seemed unthinkable: A major Appalachian coal producer is phasing out its use of mountaintop removal and all other forms of strip mining.

But a huge part of the real motivation was financial. Patriot hopes that by refocusing on underground mining and higher-profit steel-making coal it can emerge from bankruptcy, protecting its 4,000 employees and its shareholders’ investments.

And in some ways, industry experts say, Patriot’s decision is the inevitable result of a narrowing Appalachian coal market, the mining out of quality reserves, and a growing focus on curbing the environmental and public health impacts of large-scale surface mining in the region.

“It’s a matter of industry’s natural need to reduce risks,” Hatfield said in an interview with the Sunday Gazette-Mail. “I think it recognizes the reality in our industry that large-scale surface mines have a lot of risks associated with them both in terms of market and regulatory risks.”

In its deal with the citizen groups, Patriot promised never to seek new permits for largescale surface mines that need Clean Water Act permits to bury streams. The company will retire two “dragline” mining machines, and gradually reduce surface production from 7.7 million tons last year to a cap of 3 million in 2018 and — eventually, when current leases run out — to zero.

The Patriot deal comes as Appalachian coal producers are facing tough competition from low-priced natural gas, with many utilities shifting from coal and prompting hundreds of layoffs across West Virginia and Kentucky. Many in the industry are pointing to coal exports, especially of higher-priced steel-making coal, as a huge part of the industry’s future.

“This settlement is consistent with Patriot Coal’s business plan to focus on expanding higher margin metallurgical coal production and limiting thermal coal investments to selective opportunities where geologic and regulatory risks are minimized,” Hatfield said in a prepared statement he read to Chambers.

Hatfield’s prepared statement did not outline specific concerns about any negative impacts of surface mining.

In an interview, Hatfield said, “It’s a subject of much debate in the coalfields, but the coal industry does impact the communities where it operates.”

Hatfield said that he and his company believe that, “overall, the impacts are favorable,” but that as a West Virginia native he can “relate to some of the concerns,” mentioning heavy truck traffic as one example.

“I think to the extent that the Southern West Virginia community is concerned about the impacts of surface mining, this (settlement) should be a positive move,” Hatfield said.

The surprise settlement grew out of several years of litigation between the Ohio Valley Environmental Coalition and other groups over important, but somewhat obscure, impacts of mountaintop removal: violations of the state’s water quality limits for toxic selenium at Patriot operations in Southern West Virginia.

Selenium, a naturally occurring element found in many rocks and soils, is an antioxidant needed in very small amounts for good health. In slightly larger amounts, selenium can be toxic. Selenium impacts the reproductive cycle of many aquatic species, can impair the development and survival of fish, and can damage gills and other organs of aquatic organisms.

Another study, published last year in the prestigious Proceedings of the National Academy of Sciences, pointed specifically to serious selenium violations downstream from Patriot’s Hobet complex along the Boone-Lincoln County border.

Emily Bernhardt, a Duke University biologist, co-authored that 2011 paper, and said last week that the Patriot settlement sounds like a good start to dealing with moun- taintop removal’s impacts.

“I am not surprised to learn that mountaintop mining in this fashion no longer makes financial sense from the prospective of a large coal company,” Bernhardt said. “I hope to hear soon that not only is Patriot coal tailing off their surface mine activity, but that the company is also finding ways to reduce the significant selenium pollution of the Mud River from their current mines.”

Margaret Palmer, a University of Maryland biologist who has also studied mountaintop removal’s environmental impacts, noted that there is no strong evidence to suggest water quality impacts from valley fills will decline very quickly, meaning pollution from past mining could continue for some time.

“Regardless, this is certainly a move in the right direction,” Palmer said. “The fewer valley fills we add to the region, the less additional impact on streams.”

For Patriot, agreeing to the settlement meant getting more time to fix existing selenium water quality violations at its current mining sites in Southern West Virginia, a move that puts off $27 million in compliance costs until 2014. The move puts Patriot in a better position to deal with an estimated $400 million in long-term selenium cleanup costs.

“It’s clear that selenium has become a major issue in the operation of these type of coal-mining operations,” Chambers, who has presided over numerous selenium cases in the last few years, said after last week’s hearing.

But it’s not clear how many other major mountaintop removal producers can be pressured into similar settlements through citizen lawsuits over selenium violations.

Patriot is West Virginia’s second largest producer of surfacemined coal, behind only Alpha Natural Resources. Ted Pile, an Alpha spokesman, said his company has no plans to alter its approach to mining based on the Patriot deal.

“The decision and agreement is theirs, and it does not affect our mining plans,” Pile said. Bill Raney, president of the West Virginia Coal Association, said last week that he doesn’t see the Patriot settlement really setting any sort of precedent or being the start of a trend.

“It’s a unique situation,” Raney said. “It’s one company trying to restructure itself. This doesn’t change anything. I don’t think you can apply this universally across the industry or across the state.”

One reason for that may be a bill state lawmakers approved last session that makes it harder to sue coal companies for water quality problems unless those violations can be directly tied to a violation of a pollution permit limit, said Joe Lovett, an Appalachian Mountain Advocates lawyer who negotiated the deal with Patriot.

Pat Parenteau, who teaches environmental policy at the Vermont Law School, said the Patriot selenium cases were an example of citizen suits doing exactly what Congress intended when it included them in the Clean Water Act.

“When the law finally catches up with industries like the coal industry, and it starts to be reflected on their balance sheets, that’s when you see changes in corporate thinking,” Parenteau said.

Other coal industry experts emphasize that there are factors at work in the Patriot deal beyond the selenium issue.

For example, Kentucky mining engineer John Morgan noted that most industry studies and government forecasts have long projected the current decline in Central Appalachian coal production because of the mining out of quality reserves — especially those that are best reached by largescale surface mining.

Longtime state environmental group leaders remain hopeful that the Patriot deal is the start of a trend away from large-scale mountaintop removal operations.

Rank said it is clear that Patriot’s decision was based on economics, but that it was refreshing to hear Hatfi eld speak publicly “to acknowledge the impacts to the communities.”

Pat McGinley, a longtime environmental law professor at West Virginia University, recalled that citizens he helped represent in early mountaintop removal cases in 1998 argued companies could mine coal without using such a destructive method.

Hatfield said he believes Patriot’s settlement will allow the company to make up surface mining jobs losses that come later in the phase-out process with positions at new underground mines. And some environmental group leaders are talking about that possibility as well.

“We are aware of the impact this could have on Patriot’s current surface miners,” said Diane Bady of the Ohio Valley Environmental Coalition. “We hope that Patriot’s expanded emphasis on underground mining will provide employment opportunities for surface miners.”

But even long- time workers at a surface coal mine don’t necessarily have the proper training and state-required certifications to work underground. Older surface mine workers could easily lose out to younger — and non-union — workers when new deep mine jobs open.

Patriot’s two largest mountaintop removal mines are both among the few unionized surface mines in West Virginia, with two of the union’s strongest local offices. New underground mines could be opened with totally nonunion work forces, though, leaving those UMW members without new jobs.

UMW officials also remain very concerned about pensions and health-care benefits for thousands of Patriot retirees. Like Patriot’s huge selenium treatment costs, Patriot’s estimated $1.3 billion in pension and health-care liabilities were transferred to Patriot when it was formed by Peabody Energy and Arch Coal. The UMW worries that Patriot plans to try to abandon those pension and healthcare costs as part of its bankruptcy.

“Coal mining has always been an occupation of continuous change, whether it’s technological change, changes in mining methods, changes in markets, or changes in regulations,” said UMW President Cecil Roberts. “Companies have always made decisions based on those changes and workers are left to live with the consequences. That is what has happened here.”

Ted Boettner, executive director of the West Virginia Center on Budget and Policy, said the Patriot announcement is more evidence that the state needs to focus on planning an economic transition as the coal industry declines.

“The decision highlights the fragility of our state’s economy and the urgent need to take steps to ensure that we will always benefit from our rich natural resources,” Boettner said last week.

“One way to do this is by creating a permanent trust from severance taxes or a Future Fund,” he said. “This can be done with existing revenue sources and can provide more stability and help us transition our economy. Mineral trust funds have a proven track record in several other energy states and there is no reason it can’t work here.”

Lovett, the citizen group lawyer, agreed that it’s time for West Virginia political leaders to face up to coal’s decline and plan for it.

“Instead of trying to create fear among coal miners and others who depend on the coal economy, our political leaders should be trying to find solutions for the inevitable decline of coal jobs,” Lovett said. “So far, I haven’t heard any. That’s a failure of leadership and it will cause great misery.”

Writer Ken Ward Jr. specializes in covering the coal industry for the Charleston (W.Va.) Gazette. This analysis originally appeared in the November 17 issue of the Saturday Gazette-Mail.