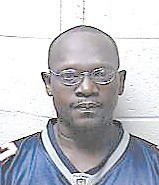 A Texas man is scheduled to appear in Letcher District Court this week to answer drug-related charges.

Police found cocaine and other controlled substances, marijuana and a handgun in the car, court documents show.

James Taylor is charged with two counts of first-degree possession of a controlled substance (cocaine and an unspecified drug), possession of marijuana, operating a motor vehicle under the influence of alcohol/drugs, possession of drug paraphernalia, tampering with physical evidence, and carrying a concealed deadly weapon. He is being held in the Letcher County Jail. Bond was set at $5,000 cash.

Letcher Sheriff’s Lt. Brian Damron said the arrest is one of seven drug-related arrests executed by the sheriff ’s department over the weekend. Four people were arrested for driving under the influence of drugs or alcohol.

With a tightened budget and small staff, Damron said the sheriff ’s department has implemented a new technique to crack down on drug trafficking in the county. At least three deputies are saturating certain areas of the county with patrols and traffic stops.

“It allows us to really focus on the problem areas,” said Damron. “We saturate an area with three or four cars. This gives an opportunity for people who aren’t in neighborhood watch groups to talk to police and identify problems.”

Damron said the sheriff ’s department will conduct similar patrols throughout the county in the coming weeks and months.

“We’re asking the community to come out and talk to us,” said Damron. “We’re going to keep on doing this and see how it goes.”