PAYING TRIBUTE TO THOSE WHO GAVE ALL 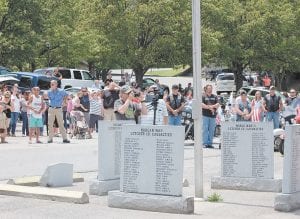 Several Letcher County citizens, including many who arrived on motorcycles, showed up at the Letcher County Veterans Museum on Monday to pay tribute to the county’s veterans who were killed at war. The ceremony is held annually on Memorial Day. (Photos by Sally Barto) 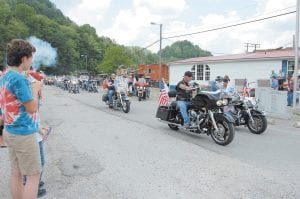